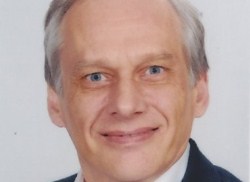 GEFCO Group, a global player in industrial logistics and European leader in automotive logistics, has announced its choice to grow its network capacity and quality of service with Interoute, the global cloud and network provider, in 120 locations across Europe.

Philippe Ellec, head of IT Operations and Infrastructures at GEFCO Group, commented, “The hybrid architecture of our previous network was very innovative when we chose it but now it has become outdated and prone to incidents. As our demand for bandwidth grew, we had to start prioritising our traffic flows. Today, we rely on the network to inform our customers in real time, we do more data analysis and use more and more collaborative tools. We needed one or more network partners to support us across all our European sites.”

“Interoute’s proposal presented us with the best quality to price ratio in the most countries where we are present,” continued Philippe Ellec. “In addition, in Interoute’s response, we saw that we were dealing with trusted people, involved in understanding our issues, and ready to commit to the SLAs we targeted. Finally, we chose a partner the same size as us, with whom we can speak as equals, and with an ideal geographical coverage for our activities.”

GEFCO Group’s many operational sites manage the daily departure and arrival of goods on trucks and trains, with delivery receipts exchanged continuously. If a site is down and unable to process delivery data through the company’s Information System on time, GEFCO may lose revenue and incur penalties.

Interoute has committed in its Service Level Agreement with GEFCO not to exceed one failure per year for each critical agency, for up to 8% of the total number of agencies. This means that out of 120 locations, no more than 10 can experience a failure annually.

“Since November 2017 when Interoute’s network became operational and stable, we have noticed a significant decrease in incidents,” explains Philippe Ellec. GEFCO Group demanded the highest quality in all areas right from the start of the project.

Beray Legouverneur, executive vice president Information Systems at GEFCO Group, explained, “We set Interoute’s targets high, asking them to deploy 80% of locations in just 5 months, between the end of February 2017 and the end of July 2017. Interoute achieved 78%, even though they had to migrate 120 locations with dual access connectivity, (240 deployments in total), which needed to be agreed with local operators for access in each country – a major feat in itself.

Furthermore, when we needed to rapidly open a new location in the United Kingdom, which can be quite complex for local network, Interoute’s support was essential. Its team was quick to react and the network was delivered on time. We salute Interoute’s responsiveness!”

Today, GEFCO has a network that performs well. Bandwidth has doubled, and even tripled for some locations and GEFCO has reduced its overall costs by 23%. The transformation has also enabled GEFCO to deploy the collaboration application Skype for Business to allow Group employees to have virtual meetings with video and share documents in order to limit travel in line with GEFCO Group’s internal goals.

The project was characterised by strong interactivity between GEFCO IT Management and the Interoute project team, focussed on delivering the best service for GEFCO’s business needs. Interoute applauded Philippe Ellec’s clarity of vision from the start of the project, clearly setting out the business challenges for the migration; both from a technical point of view and in terms of implementation deadlines.

“The openness of GEFCO IT Management about its organisation and the contact at every level between our two companies has made it possible to anticipate, plan and run our project to the highest standards. We look forward to this openness continuing to build our great relationship of mutual trust, and for Interoute to support GEFCO’s growth in the coming years,” concludes Mark Lewis, EVP Products and Development at Interoute.