Colt Technology Services and PCCW Global, the international operating division of HKT, have collaborated with Clear, a blockchain start-up company, to demonstrate that inter-carrier settlement times can be reduced from hours to minutes by blockchain technology.The objective of this Proof of Concept (PoC) was to ascertain if the advantages offered by blockchain technology could be applied to make inter-carrier settlements more efficient, reliable, and scalable.

This PoC was specifically focused on the settlement area of wholesale voice minutes, as the majority of telecom operators have similar processes for these transactions.

Today, despite the financial importance of these settlements to wholesale carriers, they still involve manual transactions which are costly for all parties. In the trial, the application of blockchain’s decentralised, cryptographically enforced, immutable ledger technology resulted in tens of thousands of call records being analysed and settled in a few minutes. Using blockchain technology, hundreds of hours of manual work were reduced to seconds of automated verification and settlement.

Furthermore, blockchain technology adds an extra layer of security and trust to transactions in an industry where sensitive and proprietary information is frequently exchanged, fraud is rife, and dispute resolution can be lengthy and complex.

Most of today’s blockchain technologies lack solutions for scalability, contract privacy and enterprise grade business logic, all critical for an industry wide settlement and clearing platform. However, through the use of proprietary technologies, this PoC demonstrated the viability of a blockchain-based wholesale trading system.

Both Colt and PCCW Global are members of the ITW Global Leaders’ Forum (GLF), where discussions on blockchain have featured heavily, and it was in this forum that the collaboration was cemented. GLF aims to foster an environment within the telecom industry that focuses on ubiquity and interoperability among providers. This PoC was centred around these themes by attempting to understand how a technology such as blockchain can benefit the sector as a whole. 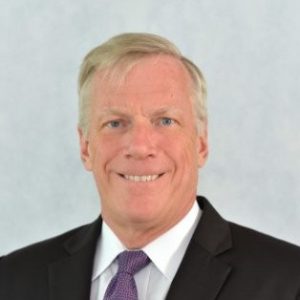 Carl Grivner, chief executive officer of Colt, said, “It is our goal to create a more agile, customer oriented organisation, and one way in which we are doing this is by exploring the benefits of disruptive technologies, such as blockchain. Collaborating with PCCW Global and Clear is ground breaking, as we have demonstrated how blockchain can transform the way we conduct business in the telecom industry.”

Marc Halbfinger, chief executive officer of PCCW Global and the chairman of the GLF, said, “Everyone is talking about blockchain but the use cases in the telecom industry have been fairly limited until now. Whilst this deployment is currently only at the PoC stage, through our collaboration with Colt we are eager to demonstrate how the many potential uses of blockchain across our industry can deliver value by improving the ways in which we interoperate.”

Gal Hochberg, chief executive officer of Clear, said, “It is exciting for any business to create something that has the power to truly innovate how an entire industry operates. This PoC marks the beginning of how blockchain is set to revolutionise the telecom sector.”

During two separate demonstrations, one of which took place at the Pacific Telecommunications Council annual conference in January 2018, the PoC showcased the use of blockchain to positively settle payments for inter-carrier voice traffic. It reduced what can take several weeks, and sometimes months, of intense manual labour down to less than a minute.

“This PoC could also see the beginning of a cryptocurrency model where, rather than exchanging cash to settle transactions, carriers could move to a token-based credit environment. If successful, such a model could be rolled out beyond the carrier community to other technology service providers,” concluded Mr. Grivner.