It’s all in the game – the money, that is 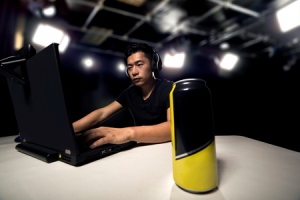 There’s been a lot written and said about the new services that 5G will enable, but one which could go a long way to filling those emptying operator coffers is esports. The growth in esports over the last 18 months or so has been phenomenal.

Once considered the domain of nerds, geeks and spotty-faced teenage techies, esports is now penetrating the mass market with massive growth in South Korea, China, Europe and the USA.

The numbers are staggering. Intel Extreme Masters (IEM), a series of international esports tournaments held in various countries around the world, boast a rise in amount of prize money awarded so far from US$5,593,650 in 2016 to US$7,190,201.

Attendees at the IEM Katowice tournament were up from 113,000 to 173,000 last year and that’s just one of the many tournaments that take place regularly. But perhaps most importantly of all so far as operators are concerned, the IEM Hamburg event alone generated over 25 million mobile connections from fans watching the tournament. 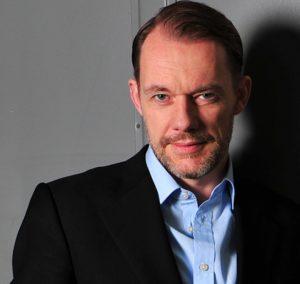 At the beginning of this year, Russian operator MTS moved in on the esports market with an undisclosed high-end deal to buy Praliss Enterprises, owner of the Gambit Esports team group, which has won major European and world championships in games such as Counter-Strike: Global Offensive, League of Legends, Dota 2 and FIFA competitions. As a sign of MTS’ commitment, the operator plans to appoint Gambit Esports CEO Konstantin Pikiner to the position of esports director for MTS.

While the likes of AT&T and Verizon have lead the way in the US, Vodafone is a major player in Europe, supporting two major teams. In the burgeoning Spanish market, the operator has its own-branded Vodafone G2 team, and in common with Telefonica and Orange, it features dedicated esports channels on its TV services.  More recently, Vodafone has bought into Mousesports, Germany’s most successful esports team, which has given the operator a much higher global profile.

Gregor Gründgens, director brand marketing at Vodafone Germany says, “Gamers need high speed and that’s what we stand for. As the Gigabit company with the fastest top speeds in the country, we are driving the Gigabit society forward – and we’re proud to actively take another step in this direction with our commitment to Mousesports.

As communications are becoming more and more interconnected, the same [that] is happening in sports [is happening] with esports. High speed Internet is a natural and vital prerequisite for esports – for teams as well as the fans themselves. With our commitment, we want to stand for competition, fairness and sportsmanship – on and off the server.”

Perhaps the most important phrase in Gründgens’ comment is ‘high speed’. As well as watching tournaments on their mobile devices, there is a rapidly increasing trend for fans to compete against each other on the same devices.

So, while most operators are using a combination of broadband and 4G to support esports services at present, 5G will come as something of a relief to gaming enthusiasts, offering as it does far lower latency and a near-real-time experience. For the operators, as well as the extra revenues earned, esports opens up a new channel for promoting their brands to many more of their high-usage consumers – the young digital natives.