How 5G will enable the smart cities of the future 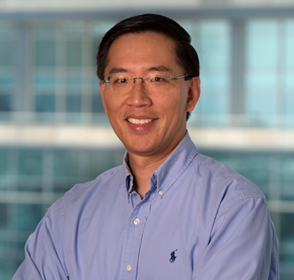 For example, with increasing population density comes a greater need for technologies that can  improve public transportation.  As a result, smart sensors and other technologies are now being used in transport planning. Last year, Milton Keynes became the first UK city to announce the installation of smart traffic lights, designed to ease congestion through real-time data analytics. And to help manage energy consumption, smart technologies are increasingly being used in office  buildings and other large structures  to balance out the peaks and troughs of energy supply and demand across cities. With 5G networks scheduled for deployment in the near future, increasing connectivity will play a key role in further enabling IoT devices and networks to capture and process growing amounts of digital data, and ultimately to deliver smart solutions.

5G and the benefits of faster data transfer
2017 saw the beginning of key 5G developments, as network providers made significant progress  in designing system architectures. At CES 2017, AT&T announced its plans to launch 5G across 18 locations in the US, with the goal of  providing faster internet speeds and reducing the latency of data transfer. According to Gartner’s 2017 end-user survey, more than 50% of respondents feel the main use of 5G will be to support IoT communication. As smart cities generate increasing amounts of data through IoT devices in transport, energy, and numerous other sectors, 5G will enable data to be transferred at faster speeds and lower latencies.  Lower latencies  will in turn translate to faster response times, opening the possibility for cities to provide real-time services. Of particular interest is the role of 5G in transportation, where this next-generation communication infrastructure can provide benefits to autonomous vehicles, as well as reduce traffic congestion.

Fog and edge computing
In addition to the coming advances in communication infrastructure that will be brought about by the deployment of 5G, computing infrastructure is also changing to meet the needs of future applications.  In order to process and analyse the growing amount of data captured by sensors in smart cities,  fog computing and edge computing are expected to play an increasingly important role going forward. While 5G deployment will offer faster speeds, lower latencies, and better coverage, fog and edge computing will bring computing out of centralized cloud data centers, and move it closer to the IoT device themselves. In future smart cities which require quick responses to new data flows, fog and edge compute nodes can be deployed anywhere in the network, including train stations, traffic lights, and power poles. . By moving processing closer to the data, the data itself doesn’t need to travel as far to be processed, reducing energy consumption and improving the latency to analyse and respond to the data.  There is growing interest in fog and edge computing, and when coupled with 5G, these two technologies will provide a solid foundation for future  smart cities.

In many ways, 5G and fog/edge computing are complementary, and both are expected to pave the way for rapid advances in smart cities. As IoT devices and networks grow in importance, new bottlenecks are forming.  The amount of energy required to move data long distances to centralized data centers, and the associated delay in transmitting this data result in longer times and higher costs to analyse and process data. 5G and fog/edge computing will be vital to addressing these bottlenecks and enabling advancements for tomorrow’s  smart cities.