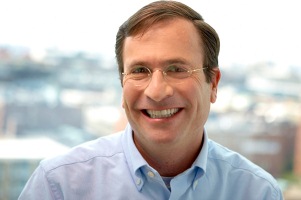 Plixer, a provider in network traffic analytics and incident response is announcing that it has been acquired by Battery Ventures, a global, technology-focused investment firm. Plixer is best known for its flagship product, Scrutiniser®, which collects, visualises, and reports on rich metadata gathered from the existing wired and wireless network connections through to private, public, and hybrid clouds.

This network traffic analytics system, which is able to scale to any enterprise environment, delivers rich data context and provides the fastest reporting in the industry. Organisations like those in the financial, government, tech, retail, healthcare and education markets rely on Plixer to reduce risk, improve operations, and lower cost while improving application performance.

As part of the transaction, Jeff Lindholm, former senior vice president of Brocade, Arbor Networks, and Juniper Networks, has joined Plixer as its new CEO. Mike Patterson and Marc Bilodeau who founded the company in 1999, will continue to participate as members of the corporate leadership team.

“With customers across 108 countries, Plixer has proven itself to be a leader in high performance network traffic analytics for fast, efficient network and security incident response as well as enriched business intelligence,” said Lindholm. “Battery’s investment in Plixer will allow the company to further innovate and expand its product line, align with new technology partners, aggressively attract new clients, and further enhance the value delivered to our existing customers.”

Battery, which was founded in Boston, has invested in many industry-specific software companies like Plixer, a category of companies which offer customers highly specialised products as well as industry-leading support and services. The firm does traditional venture-capital investing as well as larger private-equity deals and has raised over $6.9 billion (€5.60 billion) since inception. The firm is now investing its latest funds with a combined capitalisation of $1.25 billion (€1.02 billion).

“Plixer’s technology is well positioned to take advantage of the rapidly growing network- and security-analytics markets,” said Russell Fleischer, a Battery general partner who is joining Plixer’s board. “Since its inception in 1999, the company has consistently exceeded customer expectations and delivered world-class solutions used by both network and security teams. With the addition of Jeff Lindholm as CEO and Battery’s investment and resources, we look forward to continuing to accelerate Plixer’s growth.”