BT, Cavium, Nokia and the Telecom Infra Project to integrate OpenCellular base stations into operators’ networks 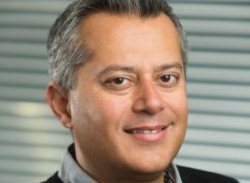 Cavium™, Inc., a provider of semiconductor products that enable secure and intelligent processing for enterprise, data centre, and wired and wireless networking, has partnered with the Telecom Infra Project (TIP) community to expand the functionality of OpenCellular LTE (OC-LTE) base stations.

The first OC-LTE design is now reportedly ready for field trials and will be followed by commercial deployments. The OCTEON Fusion-enabled OC-LTE base station runs a commercial LTE stack contributed by Cavium to TIP. As part of ongoing efforts to expand connectivity, Cavium has integrated with Nokia‘s community hosted network, a solution to connect the unconnected supporting OC-LTE. This arrangement allows the OC-LTE base station for cloud-based remote auto-connection, configuration and monitoring.

“We’re delighted to be hosting one of the first 4G trials of OpenCellular in the world. 4G has been the heart of our network from the birth of EE and this OC-LTE trial will drive further innovation to support EE’s push towards 95% geographic coverage,” says Mansoor Hanif, director of Converged Networks Research Lab at BT.

“The Cavium APIs make it very straight-forward to integrate management services onto the OC-LTE stack software. We were impressed by how quick it was to integrate with Nokia’s platform, which enables a sustainable community-supported deployment and operation in extremely remote areas of the UK where geographical and meteorological conditions heavily impact traditional solutions.”

“Our goal is to bring together all of the technologies an operator requires to deploy and manage OC-LTE base stations in the field,” according to Kashif Ali, Facebook co-chair of the OpenCellular project. “The integration with the Nokia solution will enable fast field deployments and ongoing system management capabilities.”

Cavium hosted a live demonstration of the Nokia community hosted network-enabled OC-LTE base station at MWC 2018 in Barcelona.