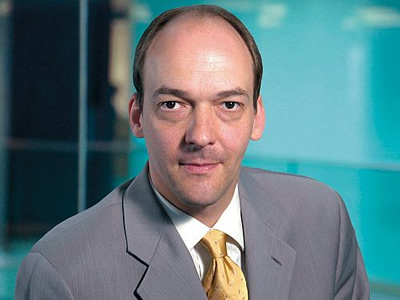 Whatever the enterprise – from factory floors to warehouses to university campuses or utility companies – imagine being able to set up a private, ultra-mobile, LTE network with no single point of failure simply by buying access points, powering them up, and connecting a couple to the network to give them internet connectivity. That’s it. No need to invest in racks of servers behind the scenes or deploy Ethernet cables to connect all of them – and to extend the network at any point, you can just buy a few more and switch on, writes Carsten Brinkschulte, the chief executive of Core Network Dynamics.

Distributed core networks are an extension of this vision. By merging the core network with the radio and turning each node into an autonomous fully functional network, the network can be extended bubble by bubble to form a highly resilient network of networks using dynamic mesh backhaul and multi-hop routing to connect multiple cells together.

We are already working on deploying these ultra-mobile LTE networks for military and public safety use cases, but it’s within enterprise networks, thanks to the expanding private LTE market, that this approach will fuel explosive growth.

Analysts agree that private and neutral host LTE networks are set to shake-up the enterprise market. Harbor Research estimates that the private LTE market will be worth over US$31bn in 2022. And although licensed spectrum is available to deploy private networks, it’s arguably the unlicensed band – fuelled by technologies such as CBRS and MulteFire – that truly has the potential to enable explosive growth beyond the mobile operators’ monopoly.

A new report by RAN Research, the wireless forecasting arm of Rethink Technology Research, echoes findings that the rise of shared and unlicensed spectrum and protocols like MulteFire will lead to a dramatic expansion of the mobile ecosystem beyond traditional cellular operators in the area of enterprise small cells. Rethink Technology Research, expects the share of enterprise small cell installations to account for over 14.8 million units by 2022 – nearly half of all deployments.

Of course, there are regulatory challenges to iron out. Currently CBRS is leading such private LTE deployments in US focused on the 3.5Ghz band, whereas MulteFire provides a vision for private LTE networks on a worldwide basis in the 5Ghz band.

Current incumbent evolved packet core (EPC) solutions are not an ideal fit to run a private LTE network: they are designed for massive carrier-grade deployments with millions of subscribers, overly complex from a technological perspective as well as resource intensive and costly to deploy. Enterprises require a new breed of EPC. They need a mobile core network that is flexible and can scale up to connect, for example, all the devices of huge utility companies or scale down to function in resource-constrained environments such as mining where each vehicle operating on premise needs coverage and the network isn’t static and has to adapt dynamically.

Here the key to success is tighter integration with the radio and a lightweight EPC that can run inside of the cell – in other words, integrating the core network as a function into the radio. Adding a mesh between these cells keeps deployment costs down further because typically about 30% of the cost of deploying a network is cabling.

Private LTE has many benefits over Wi-Fi and is ideal for corporate-wide networks. Unlike WiFi, LTE was designed for large-scale deployments, including support for handover between cells, built-in QoS and with strong SIM-based authentication, which makes LTE arguably more reliable, more scalable and more secure than WiFi.

Private LTE networks are ideal for the Industrial Internet of Things (IIoT) and enterprises with production-critical automation and mobility needs where ultra-fast communication between devices is paramount. Because a distributed core network keeps local traffic local and avoids backhaul for signalling, network latency can also be reduced to as low as <1ms.

For example: if VW wanted to add a new production line to connect a myriad of sensors and robots, deploying a wireless network is a sensible option as it would result in a much more flexible production line which can be adapted easily to accommodate new products without re-wiring. However, this would require a secure, scalable and ultra-low latency network, which Wi-Fi couldn’t support whereas a private LTE mobile network could.

We are about to witness the birth of a new and disruptive wireless technology. Once MulteFire and CBRS access points and devices are available in volume, they will have the edge over Wi-Fi. In the meantime, the ability to build heterogenous Wi-Fi and LTE networks managed by a single core network may be the most realistic and pragmatic option – highlighting the need for non 3GPP access in the EPC.

Is private LTE an opportunity for CSPs?
Unleashing LTE in unlicensed spectrum means the focus will shift from carriers to enterprises. Enterprises will have the option to build, manage and run their own LTE networks, independently of the carrier. But with their proven track record of designing and running mobile networks, and with access to the protected licensed spectrum, carriers are still in a good position to offer private LTE networks to enterprises – in particular in security sensitive sectors such as banking or government.

We are also seeing new business models emerging. For example, one of our US partners deploys local networks in shopping malls, stadiums and skyscrapers and offers mobile operators access to their shared infrastructure. Another partner is working on optimising the EPC for private LTE networks in the cloud, envisaging that enterprises will consider their private LTE networks to be like email servers, deployed in the cloud rather than on premise.

As a technologist at heart, it is particularly exciting to see opportunities for technology to disrupt and make a huge difference to the existing market. Combining carrier-grade technology such as EPC and LTE without needing a costly licence is a very exciting, disruptive prospect. Technologies such as MulteFire and CBRS combined with distributed core networks will break the licensing barrier and attract enterprises with the promise of private LTE networks that are much easier and cheaper to deploy and operate. With the first deployments of MulteFire taking off in 2018, it is not a matter of when the strategic shift to private LTE will happen, but how fast.