5G: A revolution, but for whom? 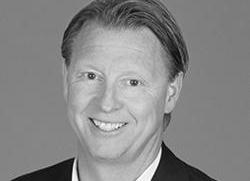 The battle to be the first U.S. operator to roll out a 5G network has certainly been hotting up of late, says Peter Dykes, with claims and counter claims being traded in the press and social media. But being first to the winning post is not an issue for every carrier in that country.

Speaking at this year’s CES event in Las Vegas, Verizon CTO Hans Vestberg vowed during a keynote speech the firm would beat rival AT&T. Only a week previously, AT&T unveiled plans for a commercial 5G service deployment by the end of 2018, but Vestberg promised Verizon’s 5G network would be live before CES 2019 which will probably be held in Las Vegas during January of next year.

Vestberg was adamant, saying, “Verizon will be first, and that is what’s most important.” Of course, T-Mobile, not to be left out of the bunfight, is also promising not only a 5G network in 2019, but a nationwide 5G network no less. No doubt there will be issues over devices being ready on time and the usual claims over actual coverage and ‘up to’ speeds, but amid the uproar and hype, there is a much slower-burning story – that of the wholesale carrier.

A case in point is U.S. number two carrier CenturyLink, oft considered an old-school regional American telco with lots of low-bandwidth copper as its main asset and therefore doomed to obscurity and eventual demise. But in the words of the old song, ‘it ain’t necessarily so’. 5G could just be the technology that turns around the wholesale market in the U.S., taking companies like CenturyLink with it.

CenturyLink’s recent acquisition of Level3 Communications, which essentially consists of a global fibre network, gives a strong clue to the company’s intentions going forward. In addition to the buy-out CenturyLink recently announced it has completed the expansion of its fibre loop around New York and has for some time been investing in replacing its copper assets with fibre on a rolling programme across its territories, giving it a cumulative total of around 450,000 miles of fibre. By the turn of the decade, the company is aiming to offer more than 90% of customers 40+ Mbps, over 70% on 100+ Mbps, and over 20% passed with 1Gbps.

CenturyLink will also provide co-location services for RAN hubs along with compute infrastructure and service platforms that will support Cloud RAN, Mobile Edge Compute and a variety of emerging services that leverage the unique local assets CenturyLink can offer.”

5G, and in particular 5G LTE, will be the game-changer for the U.S. wholesale market. As the technologies roll out, fibre-optic cable will need to be installed closer and closer to customers to whom the major carriers want to offer 5G speeds. That means mobile carriers will most likely have to partner with large fibre networks such CenturyLink in order to fulfil their promises. So, in the U.S. at least, the real 5G revolution could be in wholesale and it won’t matter much to the likes of CenturyLink who gets there first.