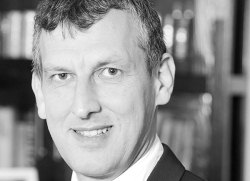 Device intelligence providers Tweakker and Mobilethink report that last year they increased the number of mobile operators moving customer care to the cloud, and slashed human assisted queries by 30%.

2017 was yet another transformational year for the telecom industry, say the firms. It saw operators undertake numerous network upgrades in the relentless chase to add more connectivity and faster data speeds, and the year also saw an overload of new handset models flooding operators’ networks.

“In today’s telecom world depicted by tight margins and aggressive customer acquisition campaigns, more than 60% of mobile users still see no clear differentiator between service providers beyond price,” says Pierre Hagendorf, Tweakker and Mobilethink’s CEO. “Operators need to step up to the plate and deliver better customer engagement and retention programs which can be achieved cost-effectively by leveraging advanced cloud technologies.”

The full annual review can be downloaded from Mobilethink’s and Tweakker’s websites.