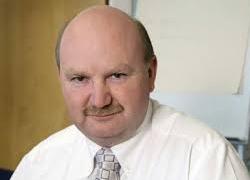 With today’s ever-growing concern of network security and the need for privacy, Adax, the provider in high performance signaling and packet processing for network infrastructure, has launched the Adax DTLS. The company’s latest solution runs over the Adax SCTP/T as an optional module that provides communications privacy for client and server applications to prevent eaves dropping and detect tampering or message forgery.

As the number of subscribers and connected devices continues to grow with the rise of IoT networks, the demand for secure, reliable, robust and high performing networks to support them needs to be met. The Adax DTLS, in conjunction with the Adax SCTP/T, addresses these issues while maintaining service and data delivery, and thwarting malicious intent.

Applications using the new DTLS module can use all the transport features provided by the SCTP/T protocol and its extensions. This is critical for Diameter where RFC 6733 states all Diameter base protocol implementations must support the use of DTLS/SCTP.

“There is a renewed urgency to address signaling-based threats to communications networks, with the continued rise of 4G and IoT networks. Services providers need to ensure they are equipped with the tools needed to deal with the increased number of attacks on these networks, as well as addressing Diameter signaling issues which can cause bottlenecks in network performance due to the ever-increasing number of IoT and M2M connections. Our new DTLS module, alongside the existing SCTP/T protocol, provides just this,” explains Robin Kent, director of European operations at Adax.

“Service providers want peace of mind that they can continue to grow their increasingly profitable networks in the age of IoT without the worry of constant eavesdropping or network tampering. By implementing our latest solution, they can ensure signaling performance isn’t compromised and their networks remain secure, reliable and robust,” adds Kent.