5G: The development race for the next wireless generation is underway 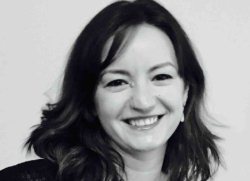 5G is an ambitious technology that promises to do a multitude of things. While 2G, 3G and 4G were primarily focused on delivering just voice and data, 5G is destined to support a lot more – from 3D video to holographic calling, connected cars and the enablement of smart cities.

But while the promise of great and life-transforming applications is enticing, (particularly for industry players who see dollar signs in the eyes of 5G), the reality is that 5G won’t come in one fell swoop. Instead, we are likely to see a staggered approach to its development and adoption. Not all 5G is created equal; and operators hoping to cash in on 5G chips any time soon will need to adjust their expectations accordingly, says Diana Pani, director of Research and Development at InterDigital.

There is still much to be done before the 5G dream can become reality. Several iterations of 5G technology standards will appear over several years, each of which will support a number of implementation targets until the industry reaches the “real” 5G, which is likely to happen sometime after 2020.

Which means we will see 5G come in phases—the first of which is currently underway, with the first specification for 5G having been completed in late 2017 by the 3GPP. This phase (Phase 1) focuses on the development of new radio (NR) technology operating in frequencies below 50GHz to support enhance mobile broadband (eMBB).

The target of this phase is to increase data rates and reduce latency relative to 4G. eMBB will eventually support the delivery of content, such as 3D video and UHD video, as well as dramatically increase download and upload speeds. eMBB will also support cloud services as well as augmented reality.

This standardisation of standalone 5G NR is set to be completed in mid-2018 and with its completion, we might expect to see an “early drop” of the new NR standard. However, its deployment will be seen in hotspots as an assistive technology only, supporting existing 4G networks.

The end of Phase 1 may see claims from operators of having “5G networks”, but this will only be partly true, as only the radio network will be 5G ready. For operators to claim to have 5G networks, two other major components must also be considered: network backhaul and the core network. It is only through next generation networks that operators will be able to deploy 5G NR as a standalone technology.

Over the course of Phase 2, which is likely to start in mid-2018, there will be much more work to evolve NR technology, and in 2019, we are likely to see 5G NR taking over as the core technology, assisted by 4G. NR will predominantly be aimed at supporting ultra-reliable, low latency communications (uRLLC) and massive machine-type communications (mMTC), and so we will see the development of new features and support of new use cases for NR, as well as operation in frequencies up to 100 GHz.

These new use cases will be used in industry automation, mission-critical applications such as health, as well as for self-driving cars. Massive IoT will support high device density as well as low power devices and will be crucial for the enablement of smart city technologies, smart homes and buildings.

Ultimately, Phase 2 will see the emergence of commercial deployments of a broader set of 5G use cases and services. This phase will also see 4G take a back seat as 5G becomes the primary technology.

As Phase 2 comes to a close in or around 2020, several challenges will present themselves as the network architecture evolves and changes. Cloud-RAN, deployment of millimeter wave (mmW) spectrum and the overall densification of cells mean that backhaul will become a problem.

Backhaul, or transport networks, have traditionally been covered by wireline standards outside of 3GPP, but with the introduction of wireless capability advancements played against the cost of laying fiber to dense small cells, wireless standards are beginning to focus more closely on the transport use cases.

Will the real 5G please stand up?

As we approach 2020, we will see 5G products and deployments emerge, however, this still won’t be the real mainstream use of 5G. While we have typically focused on the network architecture of 5G, true 5G cannot come to be without the devices or services to support it.

The reality is that even beyond 2020, we will still see voice roaming fall back to 4G, and vendors will continue to conclude implementations, conduct interoperability tests, and work with operators to test and optimise 5G networks.

There may be talks of 5G networks as early as 2018, but the real mainstream 5G won’t come into play until at least 2025. But still, the work will not be over for the telecoms industry; with mature 5G technology comes challenges; from connecting handsets to connecting every kind of device, to meeting the demands of new services that will undoubtedly require more bandwidth and ultra-reliable, low latency networks.

It’s not a straight and easy road towards 5G, but if operators and vendors work together to ensure that challenges around 5G are overcome, eventually (2025 to be precise) they will reap the rewards they’ve sowed.

The author of this blog is Diana Pani, director of Research and Development at InterDigital