The problem with the 5G cake is how to slice it 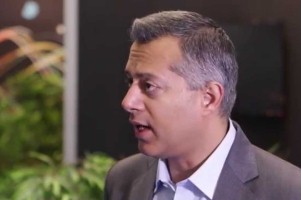 We’ve seen it with NFV, SDN, IoT and now the hype spotlight has switched to network slicing, with a plethora of reports, tests, trials and indeed, even a new working group. It can’t be far off now – well, in two or three years’ time maybe, according to some of the more optimistic players.

Given the complexities involved though and the time new tech generally takes to actually hit the ground in a usable state, it’s probably worth adding another couple of years to that estimate.

For the uninitiated, network slicing is about deploying multiple virtual networks on top of a common shared physical NFV/SDN-based infrastructure, with each virtual network tailored to the specific needs of applications, services, devices, customers and operators, complete with vertical-specific SLAs. Simple, – except it’s not. Not one bit.

One of the main problems is how to get those Virtual Machines or Docker containers to interface with whatever systems or devices the customer is using and, given each one will be different from the rest, standardisation is out. Mansoor Hanif, director of converged networks and innovation at BT, eschewing the idea of standards, says there is no point in trying to standardise slicing in any way.

This is probably the reason why China Telecom, assisted by Huawei, announced this week that it is working with China’s power industry in the form of the State Grid to utilise its 5G pilot resources to ‘promote joint innovation and build an end-to-end 5G ecosystem.’ Following the publication of a highly technical joint report which is definitely not for the faint-hearted or those with a short attention span a spokesperson for the operators said, “The release of this report is a landmark of the substantial cooperation between operators and vertical industries in the 5G application field.

Our next move is to further verify the 5G network slicing capabilities in power grid service instances and make network slicing easier to use through closer partnerships with State Grid and Huawei.” The thing is though, as stated earlier, once China Telecom has set up a network slice for the power industry, it will probably have to start from scratch when it tackles the transport vertical. And so on.

A variety of test and trials have taken place over the last 18 months or so involving such luminaries as BT, Deutsche Telecom, SK Telecom, DoCoMo and Vodafone, with vendor activity coming from Ericsson, Huawei, ZTE and Nokia, not forgetting of course 5GPPP’s NORMA and MoNArch projects.

However, 2017 saw a distinct ramping up of effort and interest in network slicing, culminating in November with the formation of the Telecoms Infra Project (TIP), which is essentially an effort to bring the industry together to solve problems around 5G that no single company can solve on its own.

With the likes of those operators mentioned above signing up along with Telefónica and (surprise, surprise) Facebook putting their shoulders to the wheel, the heavy lifting is definitely under way, with one of the first acts of the group being to set up a working party on network slicing.

There can be no doubt about operator’s views on network slicing. They see it as their salvation as they aim to offset declining voice and data revenues by breaking into verticals previously closed to them. How long they think it will take however depends, as we journalists love to say, on who you talk to.