eUICC: The operators strike back 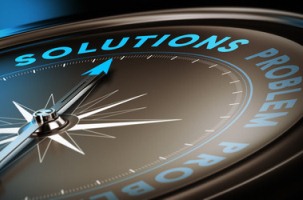 If ever there was any doubt that IoT is going mainstream, look no further than Deutsche Telekom’s latest IoT jamboree. Called ‘IoT Week’, the German giant is hosting a number of events and making a series of announcements around its IoT initiatives.

It is not however the only big player to be girding its loins for the oncoming fight for a piece of the market. AT&T, Vodafone are also readying themselves for the battle. What is interesting is that the strategies some of these companies are following could fly in the face of new developments in SIM cards for IoT, says Peter Dykes.

To date, Deutsche Telekom has rolled out its NB-IoT sensor network to approximately 600 towns and cities across Germany since it was launched in June 2017, with more than 200 companies now trialling the technology via commercially available test packages. In May 2017 the company rolled out NB-IoT in The Netherlands with six further European markets by the end of the year.

In Austria, subsidiary T-Mobile became the first operator to roll out NB-IoT commercially with the city of St. Pölten already fully covered and nationwide rollout of NB-IoT to be completed by the fall of 2018. In Poland, Slovakia, Czech Republic, Hungary and Greece, NB-IoT networks are live already across many cities with nationwide coverage expected in many countries by the end of 2018. This week, Deutsche Telecom added Brazil to its list of rollouts which will probably be even longer by the end of this year, if not this week.

Ingo Hofacker, who is responsible for the IoT business at Deutsche Telekom says, “Deutsche Telekom’s aim is to deliver this exciting technology across Europe and the US as quickly as possible, both by making the NB-IoT sensor network available everywhere as well as actively driving the development of innovative NB-IoT solutions.” 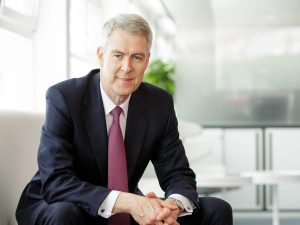 He adds, “The extensive availability of NB-IoT network coverage in 2018 beyond the initial city-led pilots we have seen last year lays the ground for NB-IoT solutions to be deployed not only locally, but also nationally and across borders.”

Presumably, the idea is that IoT devices will, when roaming, automatically log on to networks the company owns and operates or ones it partners with. The latter approach is very much favoured by AT&T, which is partnering with Microsoft for its asset tracking service, among other things. The solution takes advantage of AT&T IoT Platform Services and the Azure cloud platform, providing, it claims, global scale and high availability.

The solution will initially be deployed using AT&T Global SIM on LTE and LTE-M networks and, in the future, will be available through AT&T multi-network connectivity using other network modes like WiFi and satellite. AT&T Control Centre will be used for SIM management, provisioning and activation.

Indeed, AT&T is not the only operator to build a satellite option into its IoT offering. As long ago as 2016, Vodafone did a deal with Inmarsat, renowned for its ability to reach the places other mobility providers can’t, to deliver the UK-based operator’s IoT connectivity to the more remote parts of the world.

Using very similar language to that used by AT&T, the Vodafone website says, “The partnership with Inmarsat enables additional flexibility and coverage for IoT customers and partners– to connect all of their assets on one platform, without having to spend the time and resource dealing with multiple connectivity providers, or the cost and complexity of multiple roaming agreements.”

Are we seeing then the operators’ response to the perceived threat posed by the development of eUICC? The answer to this question could be that each of the major operators sees their IoT offering as being based on a single, own-branded SIM card which will either work on any of their international assets or partner networks and nowhere else. Are we really looking at an IoT SIM that can only be programmed with partner network profiles? It certainly sounds like it.