The Telco Cloud: A new model for a changed market – Part 1 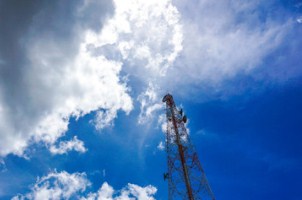 Network operators need fresh approaches in order to generate new revenue and hold up their profitability in a challenging and fast-evolving market. By basing their business around a cloud-based platform model, they can ensure their survival in a world of unpredictable traffic patterns and massive data growth. Here, Joerg Koenig, director Vertical Solutions, TIBCO, examines the dividends, challenges and practicalities of such a move.

Time to take back control

The historic way in which telco business has been conducted must change. The model of locking the customer into your network and billing them for it in ways that do not necessarily match their consumption is redundant.

Today’s consumers see connectivity as just another commodity, a utility they depend on, but which they largely take for granted. What excites people is not the connection itself, but the data and content that travels over it. This is why telco Over-The-Top (OTT) service providers have been able to achieve so much success – success which has largely come at the expense of the network operator. Not only have OTTs eroded telco revenues, they have damaged the perceived relevance and centrality of the telco by relegating them to a mere pipe for their services, an undistinguished highway between locations.

There are other issues with traditional telco business practices. Network availability has traditionally been dimensioned to support maximum peaks of traffic. This guarantees that a network will be both expensive to build and massively underemployed for most of the time.

The arrival of the software-driven, virtualised network has helped to address the problem of network build costs. Now it’s time for operators to complete the job of grabbing back control by cutting the cost of driving revenue. They can do this by adopting the model of the Telco Cloud – telecoms delivered as a service over a cloud-based platform.

The old ‘consumption model’ – where telco customers are charged on the basis of a pre-determined level of usage – does not fit well with current needs. Consumption patterns, driven by the effect of social media and other forms of rich content, are far less predictable than they were when this model was conceived.

There is an opportunity for bold and far-sighted telcos to reinvent the basis on which capacity is supplied. They must position themselves so that customers see them as suppliers of ‘telco as a service’ instead. This platform-based model is perfectly in tune with what their customers, both on the consumer and enterprise side, really want. A platform-based model enables on-demand scaling and agile, rapid delivery of new services, and is geared to meet the most unpredictable of peaks and troughs. 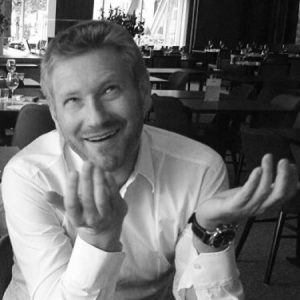 The model works best when it leaves the creation of these services in the hands of an ecosystem of newly empowered customers and partners, reliant on the telco’s core strength of providing ubiquitous mobile and wireless data connectivity. This has positive implications for revenue, as effectively the telco is providing an army of vertical market specialists with an advanced platform for their products, and letting them do the selling.

This means, the old one-size-fits-all linear value chain is broken down into what is effectively a network of smaller value chains. No longer confined to only being able to grow their business by growing the number of subscribers – and without having to resort to price cutting as their best means of competing with rivals -the telco is free to participate in an infinite number of revenue-spinning vertical use cases and new initiatives.

The author of this blog is Joerg Koenig, director Vertical Solutions at TIBCO

Part 2 of the article continues tomorrow…