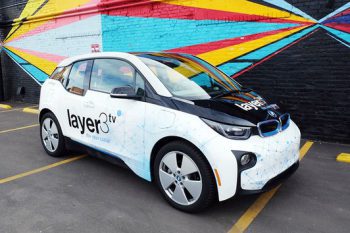 Quality TV programming from Layer3 will soon be gracing the T-Mobile US network and boosting profitability. Well, that’s the plan. The wireless network and content provider has been searching for new revenues beyond traditional phone subscriptions, and this week acquired the TV content provider for an undisclosed sum.

T-Mobile US, the USA’s third largest carrier, and its rival, the market’s fourth-placed Sprint Corp, ended merger talks in November. Layer3, to remind you, serves markets in Chicago and Washington. Barely 18 months ago, its CEO Jeff Binder raised close to US$100 million from private equity firm TPG and talent agency CAA. He was, however, ridiculed in some quarters for his crazy idea of taking on the likes of cable network giant Comcast.

At a time when subscribers had been dropping cable TV services quicker than you could say Netflix and turning to web-based viewing, he believed that the future lay in clearer pictures, better designed customer interfaces, and consequently top-notch customer service. He may have been right about these factors, but his company’s future now lies within a restless and fast-growing wireless carrier.

AT&T Inc. and Verizon Communications Inc. have already changed their strategy to focus on video and media services. Now T-Mobile is preparing to take on the giants at their own game. The difference, however, may lie in the pretenders’ shared vision of an excellent customer experience. In markets like mobile communication services and pay-TV noted instead for dismal customer care, such an offering could end up being a particularly important differentiator. 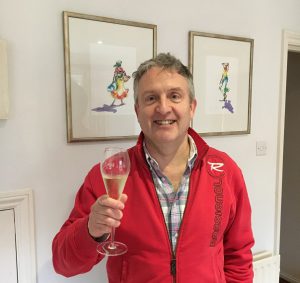 Jeremy and the team at VanillaPlus would like to thank you and all our readers for your support in 2017 and to wish you a happy, healthy New Year.

All the same, the honeymoon period may be short as the happy couple will have their work cut out. AT&T‘s DirecTV Now service launched a year ago and has reported that subscriber numbers have just topped 1 million. Meanwhwile, Verizon and the NFL (National Football League) have agreed new rights to stream live games to mobile devices.

Past gains in subscriber market share by T-Mobile US have led the two largest wireless networks to up their game, responding, inevitably, with unlimited data plans for services like – you’re way ahead of me – mobile video.

The author of this blog is Jeremy Cowan, editorial director of VanillaPlus, IoT Now and IoT Global Network.com.