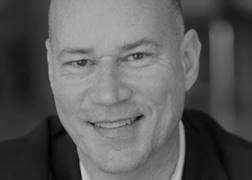 SD-WANs (Software Defined Wide Area Networks) have evolved from being a cost-effective solution for simplifying hub-and-spoke WANs, to the network equivalent of a Swiss army knife for multiple applications, according to SD-WAN provider, Talari Networks.

With Gartner declaring in June that SD-WANs were now ‘going mainstream’, use cases range from delivering complex traffic across hybrid cloud IT infrastructures – regardless of the underlying transport or application architecture – to ensuring Quality of Service (QoS) for critical public cloud applications.

“With SD-WAN emerging as the next-generation edge solution for service providers and enterprises, the future looks bright for this rapidly developing technology,” says Atchison Frazer, head of global marketing at Talari. “IDC estimates that the SD-WAN market could total $8 billion (€6.78 billion) by 2021, up from only $225 million (€190.77 million) in 2015, but to get there we need more innovation from SD-WAN providers.”

SD-WAN providers handled only 2% of WAN edge infrastructure refreshes in 2016, but are expected to deliver more than half of them by 2020, according to Gartner. The universal functionality of a contemporary SD-WAN also allows for the consolidation of traditional networking devices such as routers, firewalls and WAN-optimisation solutions.

While SD-WANs are often seen as a replacement for MPLS as demand for bandwidth and cloud services keeps increasing, SD-WAN providers can also deploy their platforms as overlays on hybrid WAN models, augmenting an existing investment in MPLS and legacy equipment. MPLS still has advantages, such as last-mile management that will secure its place in many WANs and SD-WANs in 2018 and beyond.

SD-WAN technology will help to drive Blockchain’s full potential, especially for IoT applications such as mathematically ‘fingerprinting’ information passed between apps in manufacturing and finance. This process could increase trust and data security, without exposing sensitive details along the way.

SD-WANs will become central to the support of cloud and IoT applications. A secure encrypted tunnel can be created across all aggregated WAN paths on-demand, with no requirement to preconfigure anything. Additionally, a failsafe SD-WAN paired with a cloud security platform makes it easier to secure cloud traffic and meet QoE expectations.

“The IT and comms industry is well known for hyping up new technology, but SD-WAN has been on the edge of the software defined evolution for some years,” says Frazer. “The last 12 months has seen a number of factors align to put SD-WAN firmly in the frame and if 2017 has been the tipping point, then 2018 could really be the year of the SD-WAN.”