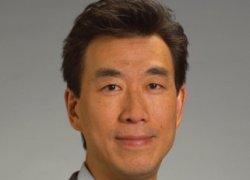 VeloCloud Cloud-Delivered SD-WAN is said to enable enterprises to securely support application growth, network agility, and simplified branch implementations. At the same time, VeloCloud delivers optimised access to both private datacentres and enterprise applications, and to cloud datacentres and services through its VeloCloud Gateways distributed around the globe.

VeloCloud Edge is now available on AWS Marketplace and combines the elasticity and flexibility of AWS with the optimisation, security, and simplified operations of VeloCloud SD-WAN. Enterprises can now efficiently migrate to, and utilise AWS with VeloCloud, including VeloCloud Gateways.

VeloCloud is leveraging AWS to offer a range of flexible deployment options for customers, including topology designs that require minimal changes to their existing networks. Enterprises now have the flexibility of including Amazon Virtual Private Cloud (Amazon VPC) as a part of VPN, either through globally distributed VeloCloud hosted Gateways and existing VPN hubs on AWS, or by deploying Virtual VeloCloud Edges on AWS.

These solutions eliminate tunnel complexity and deliver security for both Internet only and Hybrid sites. Additionally, Service Providers or partners can host multi-tenant VeloCloud Partner Gateways on AWS for secure and reliable access to their hosted applications.

“VeloCloud SD-WAN has, from the beginning, been characterised by powerful optimisation, performance and security capabilities combined with unmatched flexibility and simplicity for implementation and management of enterprise WAN,” said Steve Woo, VP of products and co-founder of VeloCloud Networks. “The increasing integration of VeloCloud SD-WAN with AWS together with the uniquely flexible deployment options further differentiates our solution in the market.”