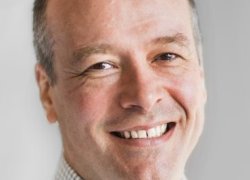 The company also introduced NetFlow and IPFIX flow record generation for its AWS offering, enabling organisations to establish rapid and pervasive visibility into traffic traversing on AWS. With this capability, enterprises can effectively deliver summarised, critical data to their security and monitoring tools.

The Gigamon solution underwent rigorous evaluations to meet the APN technical validation criteria for reliability, security, performance and product architecture, including review of live customer deployments. Customers across a broad cross-section of enterprise verticals have adopted the Gigamon Visibility Platform for AWS including Zendesk and the CME Group.

Gigamon introduced the Visibility Platform for AWS in November 2016, enabling enterprises to extend their security posture to the public cloud. By working closely with AWS, Gigamon has progressed rapidly through the AWS Partner Network APN Standard and Advanced tier requirements including achieving Public Sector partner status for its GovCloud solution.

A new GigaSMART® traffic intelligence capability—standards-based, NetFlow and IPFIX record generation — is now available for the Gigamon Visibility Platform on AWS. NetFlow and IPFIX are powerful technologies that are used by both security and network operations teams to extract summarised information on network traffic flows and deliver NetFlow to a large ecosystem of security and monitoring tools.

NetFlow and IPFIX generation is a popular feature in the GigaSMART suite of traffic intelligence applications. By generating flow records in NetFlow or IPFIX format, users can gain summarised insight into traffic traversing their virtual private cloud (VPC) instances. Security professionals can use unsampled NetFlow or IPFIX records generated by the Gigamon Visibility Platform to track every flow with precision.

Used in conjunction with the Gigamon Visibility Platform to gain full traffic visibility, enterprises can:

“By sending unsampled NetFlow and IPFIX data to Scrutiniser—Plixer’s network traffic analytics system—these new solutions from Gigamon help to ensure our customers get the data they need to support fast, efficient security incident response. The extended visibility they gain across their public, private, and hybrid clouds is unprecedented,” said Bob Noel, director of strategic partnerships and marketing at Plixer.