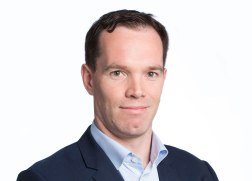 A new, global research study by Brite:Bill, an Amdocs company, has found that billing in the telecoms sector remains a prime cause of customer complaints, enquiries and churn. More than two-thirds of consumers reportedly find their bills hard to understand and 75% are not interested in the information provided.

As communications service providers (CSPs) turn to the customer experience as the key differentiator in a hyper-competitive market, this new study reveals a huge gap between fast-changing customer expectations and the billing reality. It points to the fact that service providers are missing an opportunity to use bills more strategically, especially with new generations of younger consumers who have high expectations and are particularly receptive to change.

This is especially true for Generation Z – the current generation of 16-22 year-olds, a generation of digital natives. Set to become the biggest demographic segment, Generation Z customers have the power to reshape the global market. Yet service providers are failing to address their needs, such as the need for more personalised, interactive and engaging communication.

The survey also showed that customers want more clarity and advice from their bills and, as cash-savvy bargain hunters, over half (59%) of Generation Z customers would like their bill to tell them how they can save money.

When it comes to customer care, the survey found that younger customers are more open to interacting with automated systems. Half of Generation Z respondents said they would like access to a chatbot for bill enquiries, and a third (32%) agreed that chatbots are a good alternative to traditional customer care lines.

Customers leave because of billing issues

With nearly a third (29%) of customers overall saying they have contacted their service provider due to billing issues, and billing calls accounting for up to 60% of calls to call centres, providers need to find ways of making the communication process smoother and quicker, or avoiding unnecessary calls altogether.

Frustration with the billing process is a well-known cause for churn, which can mean significant losses for service providers. According to the survey, over a third (36%) of consumers have switched CSP in the last two years. Of these, 44% had experienced billing issues.

“How much a customer likes a product often matters less than how they feel about their experience. Billing is the least transformed part of the digital experience today, but as a key touch point it must evolve, too,” said Alan Coleman, head of Brite:Bill, An Amdocs company. “Service providers are under increasing pressure to transform billing from a negative, stressful experience into a useful and interesting one that can bring them a competitive advantage.

“This starts with presenting the information so that it is more relevant, visual, and easy to understand. At the same time, providers have to be more proactive in dealing with billshock and bill frustration – for example, by advising their customers on ways to save money that are relevant to that particular customer’s usage pattern,” he added.

“Let’s be real about this. Customers hate bills. They dread them, they fear them, and they’re bored by them. Any service provider that’s serious about becoming more customer centric urgently needs to rethink the way they communicate charges to their customers,” said Teresa Cottam, chief analyst and strategist, Omnisperience.

“Given the enormous benefits that derive from improving bill communications, it continues to surprise me how many service providers continue to overlook something that’s relatively easy to fix, but has a hugely transformative effect on customer relationships and business outcomes.”

The study, titled ‘Consumer perceptions of telecoms billing 2017’, was conducted in August 2017 by Censuswide Research on behalf of Brite:Bill, an Amdocs company. It surveyed 3,236 consumers across the USA, Canada, Ireland, France, Germany, Italy, Brazil and the UK.