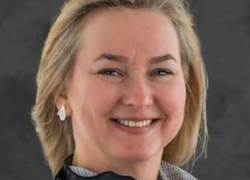 We are approaching the most critical juncture in the history of modern banking. The impact of regulation, in concert with the increasing deployment of transformative technologies, is permanently altering the way banks operate and do business. Here, Maikki Frisk, executive director at Mobey Forum, discusses the key trends from the seventh annual Mobey Day Barcelona, hosted by imaginBank.

imaginBank’s David Arranz used his keynote address to set the tone, leaving delegates in no doubt that business models need to diversify in the open banking era. This change, however, can be positive. Juan Jose Romero from Everis highlighted how diversification has been the hallmark of the technology giants’ success.

He cited Amazon Web Services as an example of the potential opportunities to be seized by banks. Despite being far removed from its core service offering, AWS is now the company’s most profitable division.

Partnerships hold the key to successful diversification. According to Arranz, the dawn of open APIs means financial services will not be the sole (or even the main) revenue stream for banks, perhaps as soon as within two – three years. Instead, banks will become ‘connectors’ and data providers, partnering with third party providers (3PPs) to create and facilitate new business models and opportunities. 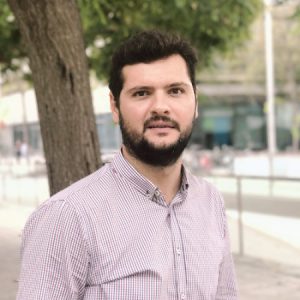 Nordea’s Jacob Groth agreed, adding that by embracing collaboration and working with high-quality 3PPs, banks can combine their reputational muscle with fintech brains to access previously untapped revenues. As Francesca Maria Terrell from Ikano Bank identified, however, the move from legacy systems and services must be accompanied by a fundamental mindset shift to ensure innovation is not stifled by traditional constraints. PSD2 represents the perfect opportunity to press the reset button and drive real cultural change.

Amidst these shifting sands, it is important to not bury heads. Much like the secret to winning in chess is to make the best possible move, the secret to winning in the open banking era is to identify the right partners to work with. Easier said than done. The inconvenient truth today is that many partnerships fail to deliver on the value initially anticipated. According to a snap poll of Mobey Day attendees, 51% felt this was primarily due to a lack of internal alignment. A panel of representatives from Diebold Nixdorf, Blue Code, Fjord, BeeOne and UBS agreed, but also saw unrealistic expectations as a barrier to success.

Steve Kirsch from Token, however, held a different view. He argued convincingly that a narrow focus on the immediate business case was holding banks back, explaining how the internet started with only two ready-made use cases, email and filesharing. As open banking is unpredictable, and no-one knows what ‘the’ killer application will be, the easier banks make PSD2 for developers, the greater the potential benefits.

As banks look to expand, their range of services must remain compelling. Putting the customer first and enhancing the user experience is essential to delivering compelling services. Luis Villa del Campo from Fjord highlighted that banks currently know their customers, but don’t really understand them.

Only by accepting customers as people driven by emotions and shaped by experience, rather than a collection of basic, static demographic data points, can they develop truly tailored services. Erste Bank’s Jalal Duoame also explained that the data needs to come first when building products and services, as customer-centricity cannot be achieved by simply selling a pre-packaged offering.

With banks moving to deploy these hyper-personalised services, the opportunities afforded by artificial intelligence (AI), machine learning (ML) and predictive analytics technologies become increasingly powerful. The challenges facing AI and ML deployments, however, must be addressed. Amir Tabakovic of BigML highlighted that successful, mature implementations are scarce. Improving data quality, enhancing skills and using smarter tools are all vital if this field’s huge potential is to be realised.

As banking business models have changed, so too has the mobile payments ecosystem. Historically, the term ‘mobile payments’ has been synonymous with NFC. For years now, the industry has been asking the same question – ‘when will mobile NFC payments really take off?’

Perhaps now is the time to ask different questions. 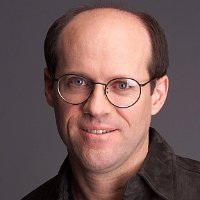 Consider Starbucks, Alipay and WeChat Pay, which are the real outliers in terms of adoption and usage. Rather than relying on the existing payment infrastructure, all these platforms use optical scanning technology such as QR Codes and barcodes to simplify deployments and broaden acceptance, a point highlighted by Chris Pirkner of Blue Code as he presented his vision for a new European payment scheme leveraging barcodes.

Similarly, the growth of omnichannel retail and the rise of ‘connected commerce’ has led to significant growth across both in-app m-commerce and e-commerce transactions over the past twelve months. Looking to the future, both Hans-Jorg Widiger from Swissbankers and Jukka Yliuntinen from G+D Mobile Security identified in-car payments as a key driver of future mobile payment growth.

As the mobile payment ecosystem has expanded beyond mobile NFC, so too has the security landscape. The question of how to successfully apply existing technologies such as tokenisation and biometrics to these new use cases, whilst maintaining a seamless user experience and commercial viability, is now a key priority.

Blockchain and DLT – from experimentation to development

Talk of blockchain and distributed ledger technology (DLT) has dominated banking and fintech for some time. We have been promised a solution to solve the world’s problems, but so far, despite the interest and considerable endeavours of the world’s leading companies, institutions and academics, there has been little in terms of material success.

This could be about to change. According to Nordea’s Ville Sointu, blockchain has now move beyond the ‘experimentation’ phase (characterised by excessive hype) and into the deployment phase. The question now is, what should these deployments look like? For Consult Hyperion’s Dave Birch, banks should not use DLT to simply rehash existing services. Rather, a more radical approach should be considered, using the power of DLT to create new markets that work in new ways.

The plurality of debate and discussion throughout the event demonstrated that the financial services industry is on the cusp of new greatness. Adaptation remains the big challenge. Banks and financial institutions are working to re-evaluate their business models, commercial strategies and operational practices to ensure continued innovation, interoperability and, ultimately, competitiveness. What is apparent, therefore, is that industry collaboration is more important than ever.

The author of this blog is Maikki Frisk, executive director at Mobey Forum