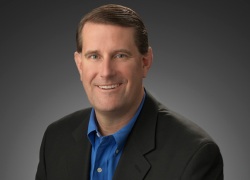 Synchronoss Technologies, Inc., a global provider of cloud, messaging and digital transformation products, announced that Glenn Lurie has been appointed chief executive officer, and a member of its board of directors.

Glenn Lurie succeeds Stephen Waldis, who will remain chairman of the Synchronoss board of directors. Waldis will work closely with Lurie and the rest of the management team, says Synchronoss, to ensure an orderly transition of responsibilities.

Mr. Lurie, 52, has nearly 30 years of experience in the telecommunications and wireless industries, and brings a broad range of skills and expertise to Synchronoss as the Company focuses on advancing its position as a leading and trusted technology product provider to telecommunications, media and technology (TMT) companies.

Mr. Lurie has significant leadership and operations experience, most recently serving as president and chief executive officer of AT&T’s Mobility and Consumer Operations until his retirement from the company in September 2017. Prior to his promotion to CEO and president, Mr. Lurie served in a number of senior executive roles at AT&T, and led the team responsible for negotiating AT&T’s exclusive U.S. agreement with Apple Inc. to launch the first iPhone in 2007.

“Glenn is a highly accomplished, transformational and well-respected leader with a proven track record of success and innovation in the telecommunications industry,” said Stephen Waldis, current Synchronoss chairman and CEO. “Glenn’s knowledge of the wireless and media space, broad industry relationships and operational acumen are second to none, and make him the ideal leader to drive the next chapter of success for Synchronoss.

I have worked closely with AT&T for many years and have seen firsthand the profound impact Glenn can have on all aspects of a company, especially his ability to launch innovative new businesses and products. Glenn also brings a strong reputation for his people first leadership style and ability to take his teams to the next level of success.

Along with the rest of the Synchronoss Board and management team, I am excited to welcome Glenn and look forward to working alongside him as we execute a more focused business strategy that builds upon our footprint and expertise in Cloud, Messaging and Digital Transformation.”

Lurie added, “I have long admired Synchronoss and I am honored to join the Company as its next CEO. As a long-time customer at AT&T, I have seen Synchronoss’ innovative set of technologies and incredible people that have the proven ability and track record for driving revenue and reducing costs for customers around the globe.

I look forward to extending and accelerating this history of success as we focus on our personal cloud, messaging solutions and digital transformation products while growing and scaling the Company’s core platforms to the entire TMT ecosystem.

Given the Board’s recent strategic review, the significant investment and vote of confidence from Siris Capital, and the progress the Synchronoss team has made with the transformation taking place in the industry, I believe this is a solid inflection point for the Company, and I am privileged to lead the resurgence.

I look forward to working closely with the Synchronoss team to drive innovation and strengthen our position as a global market leader, with the goal of delivering increased value for shareholders.”

This appointment follows hard on the heels of Tuesday’s news that Synchronoss Technologies has completed the sale of its wholly-owned subsidiary Intralinks Holdings, Inc. to an investment fund affiliated with Siris Capital Group, LLC.

As previously announced, on October 17, 2017, investment funds affiliated with Siris signed an agreement to acquire all of the stock of Intralinks for approximately $1 billion (€0.85 billion) in consideration. Synchronoss intends to use the proceeds from the Intralinks transaction primarily to retire its term loan debt.

“With the completion of the Intralinks transaction, Synchronoss is poised to focus and advance its position as a leading and trusted technology product provider to telecommunications, media and technology (TMT) companies,” said Stephen Waldis, founder, chairman and chief executive officer of Synchronoss.

“Our renewed focus on the core TMT business allows us to leverage our expertise and drive innovation in these evolving markets and capitalise on long-term growth opportunities in the space. Following this transaction, we expect to have the financial flexibility needed to advance our strategy and pursue key growth sectors in Cloud, Messaging and Digital Transformation with the goal of maximising value for shareholders.”

As previously disclosed on October 17, 2017, and under the terms of a separate definitive agreement, investment funds affiliated with Siris agreed to make an investment in convertible preferred equity of Synchronoss in an amount of $185 million (€157.64 million), subject to the terms and conditions of that agreement, which the Company has previously publicly filed. Subject to satisfaction of the closing conditions in that agreement, this investment is expected to be completed in the first quarter of 2018.