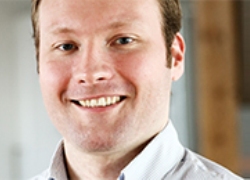 When billionaire Alibaba founder Jack Ma wrote in an open letter earlier this year, “We need to fight counterfeits the same way, we fight drunk driving,” his sentiments reflected how bad the global counterfeiting trend has become.

Mobile phones are one of the most trafficked goods in the electronics counterfeit market. According to a recent study by OECD, approximately one in five, that is about 19% of mobile handsets sold in the world, are counterfeits and the number has been growing in recent years, says Magnus Moller Petersen is EVP of Sales and Marketing at Sicap.

Africa and other emerging markets have long been the primary market for fake mobiles. Counterfeit phones account for 10-30% of the total handsets sold in sub-Saharan African countries, and can go up to 60% in worst case scenarios. In Tanzania, it has been estimated that 40% of the 35 million mobile users use a counterfeit handset. In Nigeria, the largest mobile market in Africa, surveys have found that more than 15 million, or over 10% of its mobile subscriber base, use fake handsets. In India this use of counterfeit handsets is growing by a shocking 12% per annum.

Due to the growth of e-commerce platforms such as Ebay, Amazon and Alibaba, it has become easy for this counterfeit mobile sector to become global. These e-commerce platforms have partly made the fake mobiles easily available at a fraction of the price for the original items, anywhere in the world.

Research conducted by the Intellectual Property Office of EU (EUIPO) and International Telecommunication Union (ITU) revealed that counterfeiting has impacted on smartphone sales by an estimated 184 million units valued at €45.3 ($52) billion, or 12.9% of the total smartphone sales. These sales losses have a domino effect – in the EU, US and Latin America markets, the losses accounted for more than €4 billion each, in Africa € 1 billion, the Arab States €2 billion and in China more than €16 billion.

This economic loss has not only affected the IPR owner sales but has also international governments lose the additional revenues gathered through value-added tax and corporate income tax. Governments are making demands on mobile service providers to help stop the sale of counterfeit mobiles and help to recoup lost tax revenues.

In Kenya, the Central Equipment Identity Register (CEIR) was introduced by the National Commission of Communications (CCK) in 2011, to register and control all fake and sub-standard mobile communications accessories.

More than 1.5 million Kenyan fake phones were switched off by mobile operators in October 2012, in an operation where all agreed to comply with a government directive. A joint memorandum of understanding was signed in and the Commission of Communication of Kenya agreed to pay financial compensation for any losses incurred.

Mobile service providers implemented the switch-off of the handsets, which were identified by their invalid IMEI code. Other countries have followed Kenya’s example. Tanzania’s Communications Regulatory Authority (TCRA) announced an inauguration of a Central Equipment Identity Register in 2016, followed by a plan to switch off all fake and substandard phones.

Shutting off counterfeit handsets without warning, made many people angry as the sudden loss of connectivity made life difficult, stopped business and even put people in danger. Many people bought their devices in good faith and had paid a small fortune for them, and the impromptu cut-off didn’t feel fair to them.

It is almost impossible for the average consumer to spot a fake handset, especially if the design is convincing. Spotting a fake mobile phone requires a level of technical knowledge that most people do not have.

Counterfeit handsets cause money losses for IPR owners and the distributors of legitimate devices, and a loss of tax income for governments. Counterfeit phones are not durable and can cause high radiation and contain harmful levels of dangerous elements such as lead.

As they are made out of cheaper elements and not subject to safety standards, these fake phones can easily explode; have inoperable speakers, low-resolution cameras and slow or old processors that result in a poor network connection.

Device management technology can now provide operators with several ways to handle device shutdowns so that it respects the customer relationship and has the potential to turn the situation into a fruitful customer engagement.

Some automatic device detection solutions can enable operators in real-time and identify who owns a fake mobile, through their IMEI code. Based on this information, customer engagement solutions can deliver these users several personalised information messages to inform them about their fake device and about the potential risks of carrying one.

These messages can be automated, in advance of the shutdown to give customers enough time to buy a legitimate handset. Operators can turn this into an upsell opportunity and send the affected subscribers discounted handset offers.

This technology enables a graceful device shutdown so as not to put customers in a dangerous position. All fake handsets would first lose mobile data connectivity and only after a certain time period, would the voice and SMS services be switched off, leaving only the emergency number in use.

Because of real-time detection and automated and targeted customer engagement capabilities, each fake mobile owner can be handled differently as they appear on a network, and avoid mass-shutdowns, which can ruin customer satisfaction and damage the operator brand.

In the open letter, Jack Ma said law enforcement has been too lax and that Chinese authorities should raise maximum prison sentences and other penalties to deter illegal counterfeit handset makers.

The only way forward is to punish mobile counterfeiters and traffickers, is by hitting them where it hurts – their pockets. And, instead of punishing the handset owners by mass switch-offs they should be turned into legitimate device users by using fake device detection and personalised customer engagement – so the telecom industry can win!

Magnus Moller Petersen is EVP of Sales and Marketing at Sicap since January 2017. He has more than 11 years of telecom sector experience. Before joining Sicap, Magnus led the sales and marketing departments at Mobilethink and Tweakker. Earlier in his career, he worked as entrepreneur in his own start-up and as an independent technical consultant.