The research found that SVoD (Subscription Video on Demand) services will be a key driver of growth, with major OTT (Over The Top) players such as Netflix and Amazon committing budgets of more than $5 billion(€4.31 billion) to original content over the coming year. Meanwhile, Apple and Facebook are each expected to invest at least $1 billion(€0.86 billion) for the first time.

According to the research – Digital Content Business Models: OTT & Operator Strategies 2017-2022 – 35% of UK households now subscribe to one or more SVoD services, a proportion which rises to 76% in the US. Furthermore, Juniper argued that the trend towards multiple subscriptions per household was increasing, leading to a greater opportunity for content aggregation and curation.

Meanwhile, there are indications that OTT players may be poised to disrupt the market for major sporting rights. Although Facebook failed in its recent bid for the worldwide IPL (Indian Premier League) cricket rights, the report claimed that either Amazon or Facebook would bid for, and probably win, at least one major live rights package in the forthcoming auction for England’s Premier League football games. 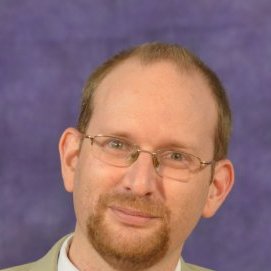 According to research author Dr Windsor Holden, “Amazon is in a particularly strong position here, because sports packages could be bundled within Amazon Prime, with the additional retail spend generated by new customers significantly reducing the scale of net additions required to recoup the rights costs.”

eSports the next opportunity

Meanwhile, the research also found that both telcos and OTT players were increasingly seeking to augment their offerings with the acquisition of eSports rights, and suggested that ultimately players might evolve from creating their own teams to developing and owning eSports tournaments.

Juniper Research is acknowledged as the leading analyst house in the digital content and commerce sector, delivering pioneering research into mobile and online entertainment and payments for more than a decade.