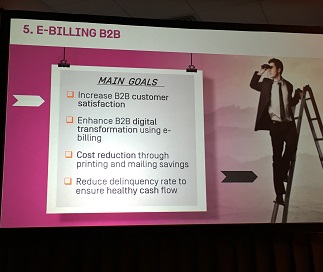 EXCLUSIVE REPORT – Brazil Case Study: It can be hard for telcos to collect what they’re owed at the best of times. And in recent years, says VanillaPlus’s editorial director, Jeremy Cowan, Brazil’s economic situation hasn’t been within shouting distance of the best of times.

For multi-play network operators (MNOs) the risks of revenue loss have multiplied as the country has gone through a harsh recession. For Oi SA, the smallest of Brazil’s four MNOs, it couldn’t have come at a worse time as it began a turnaround programme designed to put behind it a period of business upheaval. All of which makes the resulting business improvement more significant.

Against this financial backdrop the Credit & Collections team at the Brazilian operator has had to work hard to bring in what it is owed. On a macro level, the country has 242 million mobile phone users (158 million prepaid and 84 million postpaid – a 65:35 split). But in recent years Brazil has experienced growing unemployment and inflation that rose to almost 11% per year in 2015, leading to an increase in payment defaults.

Oi was acquired by Portugal Telecom in 2013 as part of a plan to strengthen the business and simplify its management structure. Yet in June 2015 PT was itself acquired by Altice Group. A year later Oi filed the largest bankruptcy protection request in Brazilian history after debt restructuring talks collapsed.

Since then Oi has begun to turn its business around, at the same time as Brazil has seen significant signs of economic improvement. Nationally, GDP has climbed since early 2016 and unemployment has fallen throughout this year. Inflation fell to 2.5% in August 2017. 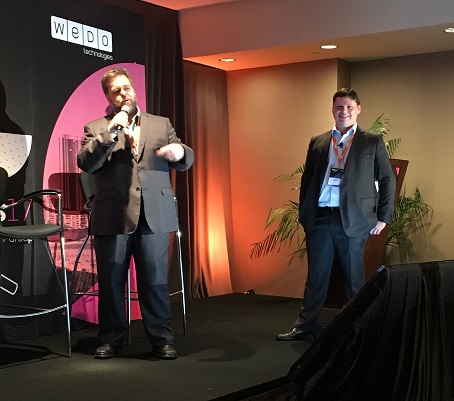 Fabio Glaser (left) and Leonardo M de A Botelho report that having wireless, wireline, TV and broadband services puts Oi in a good position as customers are migrating to convergent solutions.

In these turbulent circumstances, Oi felt that a clear focus on improving revenue collection was essential. The operator reports that around 60 million of Brazil’s consumers have been listed as payment defaulters, although the banks and retailers have been worst affected. Telecom user defaults are lower but currently stand at about 13% of the database. Telecom service payments have historically been seen as a low priority by defaulters. However, by bundling and converging services such as broadband and pay TV, Oi has found that defaulters make repayments a higher priority than before. 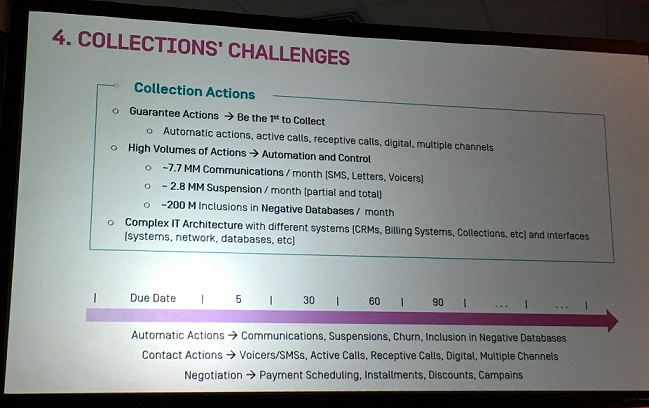 A series of acquisitions by Oi since 2003 contributed to a complex IT landscape that is now being simplified into four billing systems spread over three regions of the vast country. Credit & Collections senior manager, Leonardo M de A Botelho, told a recent conference in Miami organised by WeDo Technologies: “We want our customers to have digital invoices, we have 30 billing cycles a month and want to increase our capacity to bill, and not to be dependent on the post to avoid late payments.” 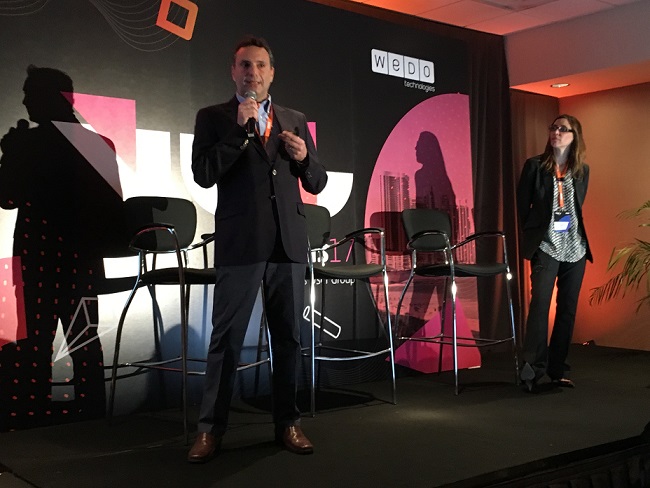 A SaaS solution is a critical factor for the project’s success say Fernanda De Magalhaes Queiroz (right) and Alexandre Manela.

Different customer groups need different collection strategies, says Botelho. Oi is divided into retail, small and medium businesses, enterprise, and wholesale groups.  The same is true of different products such as fixed lines, mobile, pay TV, and bundles. Oi is now measuring specific collection actions against customer risk to assess clusters of users. Scoring them helps to decide which are late payers and which are fraudsters.

Oi has been working with WeDo’s sister company, electronic bill presentment and EDI specialists, Saphety (www.saphety.com) to deploy an e-billing software-as-a-service (SaaS) solution for corporate scale and medium-sized companies. Phase 1 of the system (including creation of the companies, and establishing processing workflow) went live with fixed line billing in the first region in December 2016, and was expanded to a second region of Brazil and to mobile and TV services in March this year. The final phase will follow in May 2018. 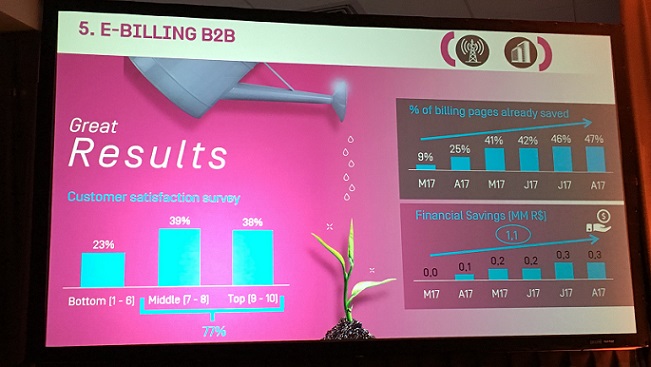 So far in 2017 the e-billing deployment has saved Oi R$1.1 million (US$330,000). It has also cut the number of billing pages mailed by as much as 47%. At the same time, customer satisfactionm has risen (see slide above).

The next steps are to cover the entire customer base and to reinforce the invitation to customers who have not yet signed up. The goal is to provide e-billing for 75% of customers by the end of 2018. Then the team will upgrade the e-billing platform and make e-billing adoption a requirement for new business with private customers.