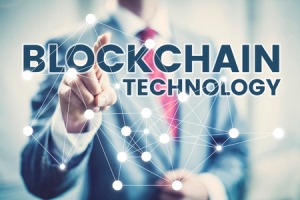 SophiaTX is the platform to focus on integrating blockchain with SAP and other major ERP, CRM, and SCM systems to expand the possibilities of enterprise applications with the trust and security that comes with blockchain technology. The project was born from the idea of creating a link between two ecosystems – the traditional enterprise application software that is largely represented by SAP and the emerging ecosystem of Blockchain.

The platform can be thought of as three components. It consists of a blockchain built on DECENT’s proprietary blockchain technology, (specifically developed and enabled to power a B2B transaction engine); a development platform with integration APIs to SAP and other enterprise applications; and a marketplace. The platform is fueled by SPHTX token which is used to cover mining and transaction fees, allow access and subscription to the development platform and marketplace, buy and sell assets or micro-assets & services, and allow for in-app purchases.

Private blockchains simply create entry barriers making it difficult for small and medium enterprises to join. They require an invitation only or permissioned network, reducing the number of participants and limiting the potential reach of the blockchain project. Privatising this technology is counter-intuitive to our ambition of integrating SophiaTX blockchain into SAP and enterprise applications across multiple industries.

“We believe that to truly set up new ecosystems with peer-to-peer business relationships, a public blockchain is superior over any alternative. With blockchain, most of the disruption comes from new entrants into the ecosystem.

By opening the network for anyone to join and participate, SophiaTX has the best possible chance for global adoption,” said Jaroslav Kacina, CEO of Equidato Technologies AG, the company behind SophiaTX.

Within the first months, following the finalisation and verification of the Proof of Concept and working prototype, the platform shall enable connectivity with enterprise applications, starting with SAP and quickly followed by other leading applications. Based on SAP’s corporate fact sheet from July 2017, 87% of the Forbes Global 2000 companies and 98% of the 100 most valued brands use SAP solutions.

An analysis by McKinsey & Company shows there has been a 31% average quarterly increase in VC capital inflows to blockchain-related companies between Q1 2013 and Q2 2016. That being said, it is clear that the right conditions are in place for innovative projects specialising in connecting blockchain and traditional enterprise solutions.