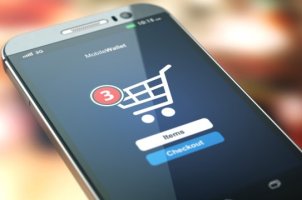 Apple uses it. Amazon uses it. Spotify uses it. In fact, many well-respected consumer technology brands are embracing it with aplomb. DCB – or Direct Carrier Billing – has historically been the mobile payment family’s least sexy sister but the makeover is in progress and the technology is making mega brands millions.

However, despite almost all carriers having the ability to support the payment method, they haven’t continued to grasp the DCB opportunity with quite as much gusto as they could have.

Mobile as a platform has historically driven the highest engagement but experienced the lowest conversion rates. By losing the need to register card details, DCB finds a way to remedy that. DCB conversion rates are up to x10 higher than credit cards and the market is growing at the rate of knots. Carriers can, therefore, expect to receive a moderate (and growing) percentage from a significantly large number of customers.

The Phone-paid Service Authority’s (PSA) Annual Market Review recently revealed that in 2016 the UK paid phone services market grew 4.5% year-on-year to £700 million ($929 million), with mobile accounting for 75% of total revenues. Driving this is the continued growth of DCB – which saw revenue spike by 31.4%. On a global scale, analysts at Ovum have suggested that carrier-driven payments could make up as much as 11% of total m-commerce revenues $142 billion (€120 billion) by 2020.

You only have to look east to see how consumer behavioural change is driving this mass movement to mobile payments. In China, cold hard cash is fast becoming an endangered species with the country’s mobile payments hitting $5.5 trillion (€4.65 trillion) roughly 50 times the size of America’s $112 billion (€94.67 billion) market, according to consulting firm iResearch.

Whilst much of this is driven through linking WeChat and AliPay to your bank account, in Japan, DCB is the most popular payment method accounting for more than 50% of all ‘online’ transactions. Certainly, Amazon is taking advantage of this trend with its recent announcement to allow Japanese customers to purchase and bill directly through their mobile phone bills.

The author of this blog is John Milliken, chief operating officer at Infomedia