Case Study: Impact of telecom market liberalisation in The Bahamas 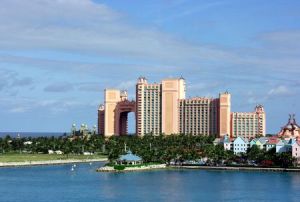 CASE STUDY: The Bahamian mobile market has evolved over the years, but one thing remained missing for consumers – choice. However, in 2014 the Bahamian government sought to liberalise the country’s mobile communications sector to allow for new entrants to create greater competition.

The government understood that by providing consumers a choice of service providers, competition would promote lower prices in addition to accelerating the adoption of new technologies. To support this initiative, the government established a cellular liberalisation task force responsible for defining a competitive selection process for companies to bid on spectrum and provide cellular mobile services in the Bahamas.

Cable Bahamas Limited (Cable Bahamas) emerged as the successful applicant and won the license to create a new company to provision cellular services to the Bahamian market. With this win, Cable Bahamas began the journey to shape the future of the Bahamas mobile market with their new venture, ALIV.

From the inception as a company, ALIV had a strong vision for their business. “Our clear goal is to deliver a next generation network, superior customer service, and unbeatable value for smartphone devices and voice & data plans. This will be underpinned by a significant investment in world class technology and resources. Our intent is to provide an unparalleled cellular experience that the people of our nation will be proud of.” said Mr. Franklyn Butler, chairman of ALIV.

From the onset, Cable Bahamas knew that a strong partner with operational experience from a mobile network perspective would be required to help make the new startup company a success. The spectrum competition requirements were stringent; ALIV was faced with the challenge of having to launch its first two islands within three months of having obtained their cellular license, with targeted service goals regulated by the Bahamas Utilities Regulation and Competition Authority (URCA).

ALIV had no time to lose and needed the right guidance in order to establish a new mobile network and business in only three months.

As a long-time partner of Cable Bahamas, SaskTel International was a logical partner for ALIV to help deliver on their promises and reach their service goals. SaskTel International has been a prominent advisor to service providers in the Caribbean and around the world for the last three decades.

SaskTel International was created by SaskTel, a Canadian quad-play provider, with the mandate to use SaskTel’s knowledge and expertise, developed from over a century of successful operations, to help other service providers around the world thrive.

SaskTel International and ALIV formed a strong partnership and worked diligently on the launch of this new network and company. On October 1, 2016, ALIV CEO Mr. Damian Blackburn, announced to URCA that ALIV had met the 99% population coverage target across The Bahamas’ largest island, New Providence, and over 80 per cent population coverage on Grand Bahama.

ALIV, in partnership with SaskTel International, was able to successfully deliver the following in a mere three months after winning their mobile license:

Not only did ALIV meet their first obligation as the second mobile operator in the Bahamas, but they did it in record time – proving to URCA and the people of the Bahamas that they were committed to delivering superior cellular services to the people of their nation.

ALIV’s initiative demonstrated that having the right partners is critical to the success of large scale initiatives like creating a brand new mobile provider. With all that was needed to be done in such a short timeframe, ALIV needed strong partners to achieve the required results. SaskTel International was able to step up to this task by providing dedicated and experienced staff to help lead this implementation.

SaskTel International, as a strategic partner of ALIV, provided the following:

When awarded the spectrum, one of the greatest challenges facing Cable Bahamas was finding the necessary resources to help with the technical aspects of operational network design, construction and operation, as well as effectively manage the program of projects to complete the work. Knowing that finding resources with the required technical skills and experience on the island would be difficult, Cable Bahamas looked outside the Caribbean for partnerships on the initiative.

With many vendors involved in the initiative, it was important for Cable Bahamas to have a partner that was capable of looking at all the decisions being made by individual vendors to ensure that the decisions worked cohesively for the benefit of the company. SaskTel International was very effective in this role, particularly as they worked with Huawei, the hardware vendor involved in the project.

With only three months to reach 99% population coverage across New Providence and Freeport, Grand Bahama there was no time to make mistakes. ALIV needed to be able to get their strategy and plans right the first time, making it vital to select the optimal partner. SaskTel International has developed a significant knowledge base from decades of experience with telecommunication design and deployment projects all over the world.

ALIV’s partnership with SaskTel International allowed them to not only meet their obligations in record time, but also to quickly capture market share and begin generating revenue. With this approach, ALIV gained access to a team of highly experienced, professional experts, who were able to immediately step in to meet the most difficult challenges. 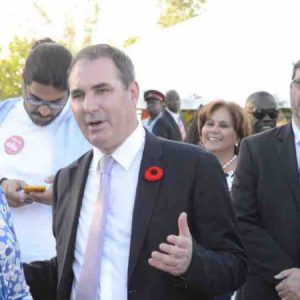 Today, having met their first service obligations to the Bahamian public, ALIV continues to grow rapidly and has been meeting strategic milestone after milestone. Leveraging SaskTel International’s experience and expertise helped ALIV launch in record time and prove their commitment to the Bahamian people. The ALIV executive team sees unlimited possibilities and opportunities with their venture.

SaskTel International will continue partner with ALIV to help them grow the capabilities of their company. The people of the Bahamas now have something that they have wanted for a long time – competition in the mobile communications space.

Throughout the project, SaskTel International has had the privilege to work with and mentor local resources. From the beginning, Cable Bahamas’ end goal was to have Bahamian people as the foundation for ALIV. SaskTel International has played a key role in building this foundation by working side by side and providing “over the shoulder” training to Bahamian resources – the future of the company.