A week in Telco IT: Tough gig, but someone has to do it! 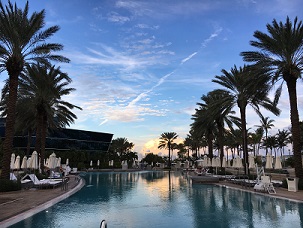 The Fontainebleau at Miami Beach; Not a hotel, I'm told

So there I was, discussing subscriber fraud last week in the steamy heat of Miami Beach with WeDo Technologies’ North America VP, Thomas Steagall, says Jeremy Cowan. Outside, it was still hot enough for Factor 35 and we were both trying to concentrate on profit margins.

Portugal-based business assurance specialists, WeDo Technologies had invited me to report on their User Group Americas 2017, and to meet 120 staff and network operators drawn from Chile to Alaska. That’s a brave thing to do – ask yourself if you’d put a semi-housetrained journalist in a room with 100 of your precious clients. Wearing my Publisher’s hat, I’m not sure I would. 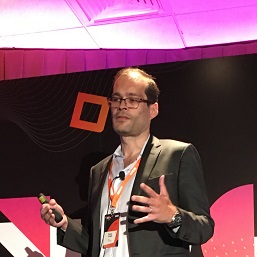 WeDo’s Thomas Steagall: US operators can be reluctant to disconnect.

Thomas said something that stuck in my mind: “Removing service (from suspected fraudsters) is a serious thing for telecom operators, particularly in the US where it can lead to legal action. Some operators would rather sustain continued losses than risk a lawsuit by acting quickly.”  CFCA (Communications Fraud Control Association) estimates of fraud losses had earlier been quoted at US$32.1 billion globally. With losses running that high, this reticence to disconnect problem-subscribers (my words) speaks volumes about the power of litigation here in the States.

Meanwhile, your roving correspondent couldn’t help enjoying the spectacular setting of The Fontainebleau resort (or ‘The Bleau’ to its friends, who over the years have included Frank Sinatra and Dean Martin). When you’ve left a cool, grey London, it’s not hard to like 30 degrees Centigrade. Just don’t repeat my mistake of describing the venue to a senior staffer as a ‘hotel’. It is, I was told with some condescension, a ‘resort’ with 4 hotel buildings and a huge conference centre set beside a private beach. And it’s not hard to see how it’s funded when the bill for a single beer says $16. Something tells me, the hote … sorry, resort staffer guessed none of the Lamborghinis outside was mine. Perhaps it was my lack of Cuban Cigars and Muscled Minders.

Where are the next fraud threats? 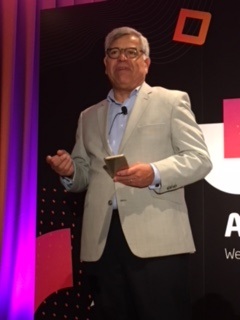 Tony Poulos: What are the next fraud threats?

So what new threats are looming, and what should you do to protect your network and your margin? The irrepressible moderator, Tony Poulos (a regular correspondent at VanillaPlus.com) asked the audience of more than 100 network operators and communication service providers from all over the Americas, “What type of fraud do you see becoming more relevant in this new digitalisation wave?”

In all, 40.8% of respondents cited Account Takeover (phishing, malware, hacking, etc.) as their greatest fraud concern, while 28.6% identified Content Fraud (media streaming, content bypass). Almost a quarter (22.4%) expected Service Hacking (zero-rating fraud, botnets) to become the next significant fraud type, and 6.1% pointed to the stubborn issue of Dealer / Partner Fraud. These threats dominated, with just 2.0% listing Other Frauds as the coming threats.

Better news for Ericsson, including 5G and IoT

I’d been bracing myself to contrast WeDo’s positive fortunes in business assurance with the troubles of others in the wider comms sector, notably IT giant Ericsson (NASDAQ: ERIC). Operating losses and net losses here have widened substantially in the last quarter, and revenues fell 6.5%, but margins improved in the company’s core network business.

Then it was announced today that MTS (NYSE: MBT), Russia’s largest telecoms operator, has agreed the Sweden-based enterprise will upgrade MTS’s network and software over the next three years. The deal includes 5G-ready radio hardware, Ericsson Radio System and core network with the latest Ericsson Mobile Softswitch Solution (MSS), as well as User Data Consolidation (UDC) for all network functions. 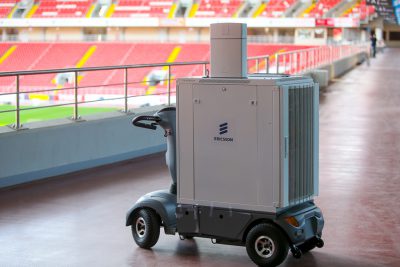 MTS is to upgrade its network with Ericsson Radio System and core network solutions to prepare for 5G and IoT.

These solutions will improve the mobile networks for 2G, 3G and 4G. In addition, MTS will prepare the network for 5G with Ericsson software for “Massive IoT solutions, including NB-IoT and Cat-M1 technologies.” This narrowband functionality will enable a wide range of IoT use cases including metering and sensor applications.

MTS’s strategy is to prepare its network with 5G and IoT-ready hardware “to enable a fast commercialisation of these technologies”. The deployment starts during this quarter and is valued at more than €400 million. On it’s own it’s not a turnaround deal, but it may be an indication of better news to come. Let’s hope so.