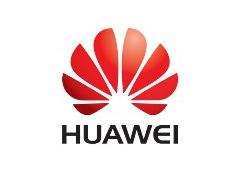 Huawei shared its latest commercial and technological innovations and progress at the 2017 SDN NFV World Congress October 9-13 in The Hague, Netherlands, and announced that it has deployed over 560 SDN/NFV commercial projects around the world.

Based on hardware resource pooling, distributed software, and O&M automation proposed in 2016, Huawei’s All Cloud network solution architecture, integrated deployment, and ecosystem have matured due to relentless efforts. In a keynote speech, Yuan Bo, director of Network Architecture Transformation at Huawei’s Carrier Business Group, said: “Up to the first half of 2017, Huawei has deployed more than 260 NFV projects and over 300 SDN projects around the world.”

During the Congress, Huawei exhibited innovative solutions in many fields such as convergent telecom cloud, cloud core networks, and CloudEPN, as well as an All Cloud open ecosystem.

Huawei actively builds an All Cloud open ecosystem and has established over 10 cloud labs around the world, facilitating nearby access, nearby certification, and nearby testing for partners. In addition, Huawei actively engages in open-source projects, makes continuous contributions to open-source communities, carries out open certification planning, and achieves win-win results with commercial partners to embrace an era of All Cloud network.