Is there a future for Blockchain-enabled SD-WANs? 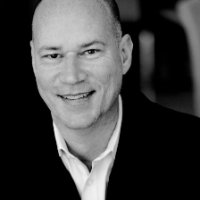 Blockchain is fast growing digital ledger technology which records bitcoin and other cryptocurrency transactions chronologically and publicly. Think of it as a massively distributed global database shared over the internet on peer-to-peer networks, by virtually anyone with an internet connection, says Atchison Frazer, the worldwide head of marketing at Talari.

Blockchains are organically designed to be secure and because of their massively distributed nature, they are inherently fault-tolerant. Unlike corporate databases, a blockchain isn’t owned by anyone. For security and tamper-proofing, blockchain uses public-key cryptography and time-stamps every record by hashing it as a proof-of-work. It creates a continuously expandable list of records – or blocks – that are linked, secured and distributed throughout a decentralised network and storage ecosystem.

The potential applications for the unique records management capabilities of blockchain are many, from medical records and identity management to transaction processing and other applications that require resilient network access at the edge of the distributed organisation. Another potentially valuable application is managing blockchain-enabled network devices such as switches, routers, firewalls and gateways, or extending blocks to developers’ Cloud apps like GitHub or the IBM Cloud blockchain sandbox.

Make Blockchain work with SD-WANs
Traditional networks are notorious for being expensive, static and taking months to deploy, which is simply unacceptable for a blockchain-enabled network. To be successful, a blockchain transport layer will need low-cost public internet links that can be deployed with reliability and are always available to all users.

Enter software defined wide area networks (SD-WANs). Because of their support for real-time application performance and predictable service assurance, it is likely that SD-WANs will play an important role in future blockchain deployments.

So, as SD-WANs become more prominent and blockchain technology advances, it is easy to envision using blockchain architecture as a transport layer, that a centralised SD-WAN controller uses to manage real-time system events and network activity.

Given that a blockchain records transactions with permanent verifiability and excels at securing and protecting records, an SD-WAN controller could leverage blockchain to manage network and system events. In fact, Hyperledger, an open source collaborative effort created to advance cross-industry blockchain technologies, is already beginning to evaluate how blockchain can be incorporated as an SDN component. Clearly, there are issues to be worked out, such as permissioned, private blockchains versus permission-less, public blockchains, but the use cases for SD-WAN are starting to materialise.

Since each block is a momentary record of a transaction or event, the entire chain must be visible to all stakeholders across multiple networks. And as every new transaction must be verified by every node and because no one person or transaction can break the chain, it’s next to impossible to disrupt the network traffic. The key advantage with blockchain is that ledgers are unlikely to get out of sync.

Combining blockchain with SD-WAN will lower transaction costs by speeding up processing times and logging detailed packet-level flow data of every node verification of every transaction, thus mitigating risk to audit and regulatory impacts.

SD-WANs already lay down their own blocks in some sense, if they’re measuring for latency and congestion, packet-by-packet, within a certain time dimension acceptable for end-user quality of experience (QoE) standards. Since blockchain also entails adding new blocks dynamically to existing chains, the ability for SD-WANs to intelligently provision elastic bandwidth based on the number and size of blocks is also key to improving the price/performance of blockchain transactions

While bitcoin is currently the most popular application for blockchain, other real-time apps that are very transactional in nature, such as ERP or CRM, may migrate to blockchain because of the distributed nature of the edge network required to deliver the highest QoE to every user. Another obvious application would be for automated trading platforms and non-banking financial systems. Beyond fintech, the consumer internet, which is primarily content-driven but very transactional in terms of royalty tracking and monetisation management, could spawn a whole new generation of citizen-publishers who can freely, expediently, securely and transparently create their own Netflix.

SD-WANs have the flexibility and adaptivity to accommodate the blockchain future.