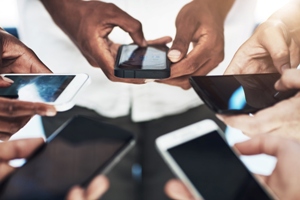 For the first time in history, US consumers are using mobile devices, such as smartphones and tablets, more than PC’s to access the internet. This is the main reason why more and more companies are creating apps and making their websites mobile-friendly to reach more consumers. As mobile technology continues to evolve and make mobile devices a serious contender against personal computers, the future of the PC is becoming more and more uncertain.

When it comes to personal computers, such as laptops and desktop computers, a whopping 71% of American adults owned a PC in 2014. In 2015, the number had risen by only 2% to 73%. In 2010, only 3% of adults in the country owned a tablet, but the number has risen to 45%. This means that many American adults have at least five internet enabled devices they can use to shop online.

The study further revealed that whites are more likely to buy a tablet than Hispanics and African Americans. However, tablet ownership among African Americans is not statistically different from tablet ownership among whites and Hispanics. Ownership rates for smartphones and tablets continue to rise. However, ownership rates for E-Book readers, game consoles, laptops and desktops have either declined or held steady. For consumers living in developing countries, smartphones are the primary device for accessing the internet.

Advances in CPU and GPU technology

By 2018, smartphones will be able to handle, virtual reality gaming, 4K streaming and efficiently handle multitasking functions. The latest smartphones have ARM CPUs, which are estimated to perform 50 times better than CPUs used five years ago. In addition to that, these CPUs consume 75% less energy than CPUs made five years ago. It is interesting to note that 16% of adults use tablets to access the internet. Another interesting point to note is that the iPhone 8 A8 chip is over 50 times faster than the chip used in the first iPhone. On the other hand, the iPhone 6 graphics-processing unit (GPU) is 84 times faster than the GPU used in the first iPhone.

Smartphone owners normally check their screens at least 150 times per day. Samsung recently unveiled the Always-On technology in the Samsung S7, which allows the screen to remain dimly lit after screen lock while displaying the time and date.

Increased usage of mobile devices has led to the development of millions of mobile apps. Research has shown that smartphone owners spend 90% of their time using apps and only 10% accessing the internet. In 2013, the average consumer spent 47% of their digital time on a desktop computer, but this reduced to 35% in 2016.

Proliferation of music and podcast apps

Digital time spent on music apps is expected to grow by 79%. in 2015, Spotify reported that it had 50 million users and 12 million paying customers who stream music. Out of these, 45% used desktop software while 42% used smartphones. Only 10% and 3% used tablets and web players respectively. On the other hand, Apple reported that it had 15 million subscribers on Apple Music App.

A recent study revealed that two thirds of podcast listeners listen through their smartphones and tablets. It is interesting to note that 78% of all podcast listening on iOS is on the Apple Podcast App.

This shows that while consumers spend most of their digital time on their mobile devices, they feel much more comfortable placing orders on their personal computers. While mobile devices are increasing in popularity, as far as e-Commerce is concerned, they still have issues with content storage and connectivity.