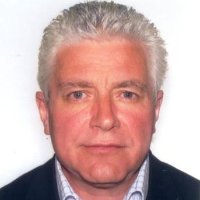 In recent years, Europe has been a challenging market for telecoms providers to operate in, writes Alex Oxley, the vice president of communications for EMEA at Cyient. With depleting revenue streams and skyrocketing demands for faster internet services, mobile providers have felt the squeeze on the bottom line. While some have dominated their local markets, political turbulence across EU nations and a protectionist regulatory system have prevented these organisations from expanding beyond their borders and diversifying into new markets. But all this is set to change.

Protectionism has its benefits, keeping rival companies at bay and enabling businesses to increase their market share in their home territory. The attempted incursion of  French operator Orange into the Swiss market, is a prime example here.

But on the flip side, these barriers prevent companies from expanding, competing, or breaking into new regions. Inevitably, this has resulted in a stagnation in the European market, miring innovation and progress in local regulations and obstructionism. In contrast, the USA and APAC regions have thrived and are set to outpace Europe on 5G by 2022. Roaming charges have only just been addressed in Europe, but this is nonetheless a hugely significant first step that shows the potential of the EU Digital Single Market strategy. This initiative promised to “tear down regulatory walls…moving from 28 national markets to a single one”, increasing competition, and contributing €415 billion per year to the economies of its member nations.

The floodgates of competition are about to open as the market prepares for a period of deregulation and inevitable consolidation – an exciting but nerving prospect for the European market. Where the US has four mobile providers and China three – the EU’s 28 member countries have in excess of 100 mobile carriers altogether. While many of these operators have fiercely protected their own territories, they will now be able to compete openly on the wider EU stage. But it’s not just EU mobile providers that pose a threat – the European penetration and uptake of disruptive Voice over Internet Protocol (VoIP) technologies like Skype and WhatsApp continues unfettered, with no national borders, jurisdictions and expansion regulations to contend with.

For those that are up to the challenge, this is an exciting opportunity to lead in digital business innovation. Swisscom is one telecoms provider that is paving the way here, using the latest technologies to take on this new digital market in Europe while ensuring that it gives its customers the experience they’re demanding

Swisscom – a case study for competing on the European stage
Protectionism has enabled Swisscom to defend its domestic telecoms market since it floated on the stock exchange in 1998. This position has meant that, despite the challenging conditions, the business has built an enviable network across the country, delivering telephony and digital services.

As it turns its attention to the wider European stage, Swisscom has expanded its service offering with Fastweb, a subsidiary through which it delivers high-speed broadband services to Italy, among other European acquisitions like, Open Web Technology or Veltigroup.

Now the business has turned its attention to digital innovation. Looking to the future, Swisscom is working towards delivering all its services – including fixed-line telephony and TV – over a single IP-based network. This convergence of technologies will be a huge undertaking, but one that paves the way for innovation, integration and expansion opportunities previously not possible.

In 2016, Swisscom announced that it would be the first European service provider to launch a Fibre-to-the-Street (FTTS) G.fast internet service, with speeds of up to 500Mbps. The operator has also worked on a significant data migration and Fibre-to-the-Home (FTTH) project in collaboration with Cyient. Using Swisscom’s current operations in Switzerland as a base, Cyient designed a full lifecycle delivery, from the homes that the business wanted to deliver this fibre capability to, to the building materials needed for the network infrastructure. Despite the challenging landscape, Swisscom was able to provide FTTH very quickly – guaranteeing three-week delivery to all of its customers – while reducing construction costs.

This new physical network delivery would not have been possible without the digital technologies used in the data migration behind it. With this new network and service capability in place, Swisscom is perfectly placed to take on the levels of competition that the new European market will present.