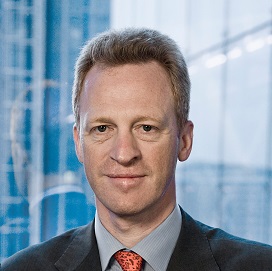 Carriers and even carriers’ carriers need to stimulate growth and reduce their dependency on declining voice revenues. All of which comes as news to no-one, says Jeremy Cowan. But how they manage this transformation is critical and presents fascinating challenges.

To find out how one carrier is dealing with transformation, VanillaPlus met with Daniel Kurgan, CEO of BICS, and Stacy Stubblefield, co-founder of TeleSign. The latter’s acquisition was announced by BICS in April and the deal is due to close in Q4, 2017. (Also see: BICS to acquire USA’s TeleSign Corp for US$230m, aims to be first end-to-end CPaaS provider.)

BICS is a company in the €1.4 billion turnover Proximus telecom group and is co-owned by two other telcos, Swisscom and MTN. The privately-held company has a global network and 130 Points of Presence worldwide carrying international telco traffic for other operators.

As Kurgan says, “In 2012 to stay relevant we had to develop a stack of new services on top of core transport. The best thing was to use data passing through our networks to offer business intelligence, fraud prevention, and data analysis. Voice messaging for telcos is declining. Customers, Products and Geographies; we had to develop in these three ways. We particularly wanted to be stronger in America.”

Sustaining a cashflow somewhere north of €100 million per annum is no small task in the current climate, and BICS continues to focus, says Kurgan, “on selling reach. We’re connected to more than 50 operators worldwide.” Nonetheless, he accepts that this is a challenging business environment adding, “we’re now extending to the digital world from telco.”

TeleSign began life in 2005 in California. The company developed 2-Factor Authentication (2FA) and today claims to offer account security for 20 of the top 25 websites globally. Says Stubblefield, “We don’t just do SMS, but phone number risk assessment. We came out of an incubator; internet fraud was not big then, we knew almost nothing about communications and fraud. SMS was bigger in Europe. We had a client using phone verification to stop fraudsters setting up accounts to use VoIP anonymous phone numbers. We found a way to determine if a phone was mobile, fixed or VoIP. It helped the client decide if the call was bona fide. We created a phone identification score product using transactional data to see if there’s any suspicious activity.” 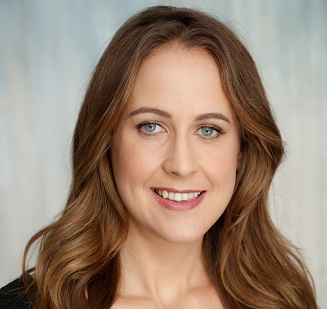 Stacy Stubblefield: IoT is a big opportunity for fraudsters

“Our clients want to communicate with customers and each other in new ways. BICS enables us to accelerate our data roadmap. IoT (Internet of Things) has opened a big world opportunity for fraudsters,” according to Stubblefield.

VanillaPlus asks her, “In IoT are we in a catch-up phase with fraudsters?”

“We’ll always be in a catch-up phase with fraudsters,” she replies. “It’s interesting how little web and telecom properties know about each other; the opportunity is big for us with BICS as our backer.”

BICS was one of TeleSign’s partners before the acquisition, and she says they are now deciding which other partners to continue with because “you’re never the best in all parts of the world.”

The first jointly-developed product is scheduled for the last quarter of 2017. A voice communications product, it allows two users to talk to each other anonymously – an example being a taxi service and a passenger.

Can you bolt security onto data services?

“How do you bolt on security in the Internet of Things where client services were established in a pre-internet environment where communications were internal and therefore more secure than now when they are internet-enabled?” VanillaPlus asks.

“It’s an excellent question,” Stubblefield concedes. “There are enterprises whose services are exposed on the web. They’re responsible for keeping their own and customers’ data secure. We’re currently, seeing huge breaches which are then forgotten.

“Yes, for Europe and all data passing through it. We’ll be GDPR-compliant by May 2018. We’ll be fine,” she says.

Kurgan adds, “The TeleSign opportunity has brought 500 digital platforms to work with BICS. It’s now about making our footprint available to companies that need it. We have to improve our API capabilities, we’ll be beefing up our MVNE (mobile virtual network enabler) offering for a company wanting to be an MVNO. We have a telco DNA.”

So, as they bring together two diverse customer types, where are the cultural collisions most evident between telcos and digital services companies?

Stacy Stubblefield replies, ”Telcos are highly regulated and risk-averse. For web companies, risk aversion is not really a ‘thing’ on the West coast of California. Web companies say let’s get it done today. Telcos say we’ll bring you a proposal in a year. Both sides feel they bring a lot of power to the relationship, and each believe they bring more value to the relationship than the other.”

“Do you have to restructure for low ARPUs (average revenues per user) in IoT?” VanillaPlus asks Daniel Kurgan.

“Our customers pay for what they use. Our clients are often themselves providers of IoT applications. We’ll charge for data consumption. We know ARPUs will be low in IoT but we’re betting on greater volumes,” he says.

(Also see: Increased concerns about online security have led to the adoption of two-factor authentication and the growth of A2P SMS.)

Jeremy Cowan, editorial director of VanillaPlus and IoT Now, was talking to Daniel Kurgan of BICS and Stacy Stubblefield of TeleSign.