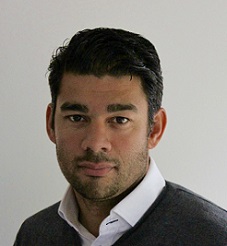 Infomedia will provide access for brands to charge purchases via DCB for Zain in Bahrain and Orange and Etisalat in Egypt. This will enable mobile customers to access content and services while charging these purchases to their monthly mobile phone bill.

DCB remains the most convenient way to pay using a mobile phone, says Infomedia, and it is available to almost everyone with a mobile phone contract. This far outstrips the accessibility of other payment methods – and enables conversion rates up to seven times higher than credit and debit card.

“This launch will build on our already well-established footprint across the MENA region, which is without a doubt one of the most exciting and innovative DCB markets in the world,” says Michael Tomlins, CEO of Infomedia. “Etisalat, Orange and Zain customers will now be able to quickly purchase from an even broader range of great services and add the charge directly to their monthly mobile phone bill. In markets that have significant mobile penetration but limited credit card use, DCB allows a mobile carrier to enhance its offer to end users using its existing technology.”

Established in 1991, Infomedia has transitioned with changing consumer behaviour on the mobile platform to support Direct Carrier Billing. The company currently has more than 200 million customers transacting over its platform. It has a fully-managed service offering allowing brands and carriers to ‘plug in and play’ to start generating mobile micropayment revenues.