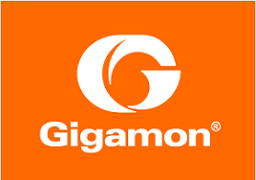 Gigamon Inc., the industry provider in traffic visibility solutions, announced that it is extending its data-in-motion Visibility Platform to include the Microsoft Azure environment. Developed in response to demand from enterprise customers with applications deployed in Azure, the Gigamon Visibility Platform for Azure enables organisations to gain consistent and pervasive visibility across their public, private and hybrid cloud infrastructure.

With the promise of an agile and flexible infrastructure, many enterprises are embracing the potential of the public cloud. However, with the shared-responsibility-model utilised by Infrastructure-as-a-Service public cloud vendors, security architects need to establish visibility into the cloud to ensure that they maintain an effective and appropriate security posture across their public and hybrid cloud architectures.

The Gigamon Visibility Platform is extending into the Microsoft Azure cloud platform to ensure that data-in-motion entering, traversing or leaving the cloud can be protected and monitored by existing Security Operations Centres.

“Our customers around the globe require a solution that provides the same level of visibility in their cloud, virtualised and on-premise environments allowing them to leverage the knowledge and processes they’ve built as they work to secure their enterprise and cloud networks,” said Ananda Rajagopal, vice president of products at Gigamon.

“Through our strong alliance with Microsoft, Gigamon brings the power of network visibility to Microsoft Azure. Enterprises can leverage visibility to data-in-motion to extend and bolster their security posture within Azure, assuring compliance and reducing the time to detect threats.” 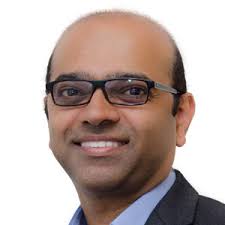 A recent Vanson Bourne survey found that 90% of enterprises surveyed plan to approach cloud security in the same way they approach their on-premise security operations. Many have withheld migrating mission-critical workloads into the cloud due to the need to establish a comprehensive security framework that can proactively detect threats, deviations from organisational policies, and violations of industry compliance.

Enterprises also prefer to avoid making significant investments to rewriting their on-premise applications, choosing instead to use a “lift-and-shift” approach to accelerate migration to Azure. With pervasive network visibility, enterprises can accomplish all these objectives and thereby significantly benefit from the agility and scale advantages in the cloud.

The industry recognises the need for network visibility platforms. According to Gartner, “By 2018, the 60% of enterprises that implement appropriate cloud visibility and control tools will experience one-third fewer security failures.”

“Our enterprise customers require a comprehensive network security framework that can proactively detect threats, deviations from organisational policies and violations of industry compliance,” said Ross Ortega, partner product manager for Azure Networking at Microsoft. “We are pleased to be working with Gigamon to enhance network visibility for Microsoft Azure customers who can implement a comprehensive ‘detect and response’ mechanism to extend their security posture to Azure.”

Mike Adler, vice president at RSA, said, “As more data moves through cloud deployments, including Microsoft Azure, it’s essential for customers to gain pervasive visibility. The network traffic data that Gigamon provides in the Azure cloud platform boosts RSA NetWitness Suite’s ability to detect and respond faster to attacks through its ability to correlate packets with security data from anywhere in the network.”