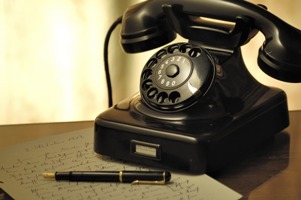 There’s a rapidly widening gap between the demand for mobile network capacity and what the industry can actually provide. Society’s insatiable appetite for more mobile accessibility and better performance on a nation’s worth of smartphones has created a market shortfall that’s stifling the trade.

Many believe network densification is the answer. By increasing the number of base stations, or cell sites, maintaining their networks, mobile operators can increase capacity to handle higher levels of traffic and larger data transfers, while delivering the speed customers expect at a price they’re willing to pay. This is especially effective in areas with intense concentrations of mobile users where extra network support is most needed, says Liz Parsons, brand journalist at Mentor Europe.

As people rely ever more heavily on streaming while out and about and we head toward 5G, the thirst for more network capacity shows no sign of abating. Network densification offers a solution that could shape the future of the industry.

Adding capacity to the existing spectrum

Of course, there are other ways to ease the pressure on mobile networks. Wi-Fi, for example, shoulders an enormous amount of day-to-day data traffic where it’s available, but in areas with the most users, it’s already overburdened.

Mobile operators are also making use of smart antennas, which boost the abilities of network base stations, and although these are useful, they’re not powerful enough to offer a sustainable solution. New spectrum could go a long way to solving the problem but there isn’t enough to go around as it is. Reallocating old GSM or 3G spectrum would require permanently shutting these services down, so that’s unlikely to happen anytime soon either.

Which leaves us with network densification. It could enable us to squeeze all we can from the existing mobile spectrum, via the relatively simple measure of multiplying the number of base stations behind our networks. 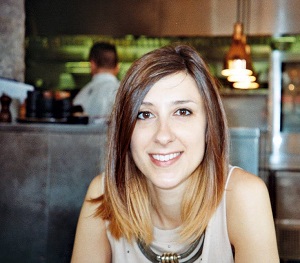 Having said that, what’s relatively simple can still be incredibly expensive. As many have rightly asserted, deploying thousands of extra base stations across the country wouldn’t be cheap.

Even though network densification would likely take the form of additional ‘small cells’ rather than full-scale base stations, these are still sophisticated high capacity nodes and each requires its own high speed backhaul connection. All aspects of small cells carry major expense, from the physical kit to renting a site to house them.

Dark fibre – existing optical fibre infrastructure that’s not currently in use – offers a means to carry the further backhaul connections new small cells would need, but how much is out there?

In the UK most of the country’s fibre, dark or otherwise, is owned by BT and its network division, Openreach, and they aren’t in any hurry to provide leasing access to their unused resources. As we know, Ofcom’s attempt to force Openreach to open up their dark fibre in the interests of healthy competition was quashed in July, when an independent panel ruled that Ofcom’s new dark fibre market plans were full of errors. As a result, we’re left with an ever-increasing demand for network capacity, and although we have a viable solution to the problem, it depends on a key component we can’t currently source.

So, what’s the answer? Some believe the only way that mobile operators can get their hands on the dark fibre they need to make network densification a reality is to develop their own alternative supply.

It’s not known whether the Ofcom ruling will present a permanent barrier to Openreach’s dark fibre (it seems unlikely), but right now there’s an opportunity for independent mobile operators to form a coalition; to combine their buying power and build a dark fibre network accessible to all. Putting it all together, alt-nets have sufficient dark fibre to create considerable coverage across the UK, which could be supplemented by installing new, collaboratively-funded fibre.

David Hilliard, chief executive of strategy execution specialists Mentor Europe, has encouraged UK companies who could contribute to a ‘crowd-sourced’ dark fibre network to come together to tackle the gap in the market head on.

“The idea of a Mobile-led collaboration to glue together the disparate ALT.NET footprints –  filling the gaps with innovative new build – seems more pressing than ever,” he says.

“Whether you have dark fibre, want to buy dark fibre, have skills or technology to help exploit it – or you have ducts we could thread fibre through. Beyond doubt, we need to construct our own plan to fix this.”

Network densification could breathe new life into the mobile industry, but we can’t achieve it without dark fibre. Whatever happens, it seems unwise to head knowingly into a situation in which a reluctant sole supplier holds the key to dark fibre, when there’s much we could do to compete with them.

The author of this blog is Liz Parsons, brand journalist at Mentor Europe