Synopsys, Inc. released BSIMM8, the latest version of one of the industry’s leading descriptive software security maturity models, which is based on real-world data and helps organisations plan, execute, and measure their software security initiatives (SSIs). This latest iteration of the Building Security in Maturity Model (BSIMM) study is based on data collected from the largest community to date. BSIMM8 shows that software security is becoming a critical business priority with more organisations benchmarking their efforts early in their SSI lifecycle and using the results strategically to improve their risk posture over time.

“With the rise of widely distributed and increasingly disruptive attacks targeting vulnerable software, we’re seeing a shift from the reactive ‘penetrate and patch’ approach toward more proactive strategies that empower organisations to build secure software systematically from the ground up,” said Dr. Gary McGraw, vice president of security technology at Synopsys.

“Organisations are beginning to understand that they can mitigate risk more effectively by establishing a software security initiative, assessing their strengths and weaknesses early on through instruments like the BSIMM, and focusing their efforts on the most appropriate practices and activities.”

Key findings from the BSIMM8 study:

According to Gartner, “Application security requires a structured, programmatic approach to deal with the seeming chaos of new technology and an evolving threat landscape. A successful application security program must be a balanced combination of people, process, and technology.”1

The BSIMM observes firms that have established real software security initiatives, quantifying the occurrence of 113 activities to show the common ground shared by many initiatives as well as the variations that make each initiative unique. The BSIMM data show that high-maturity initiatives are well-rounded—carrying out numerous activities in all 12 of the practices described by the model. Organisations can use the BSIMM to compare initiatives and determine which additional activities might be useful. 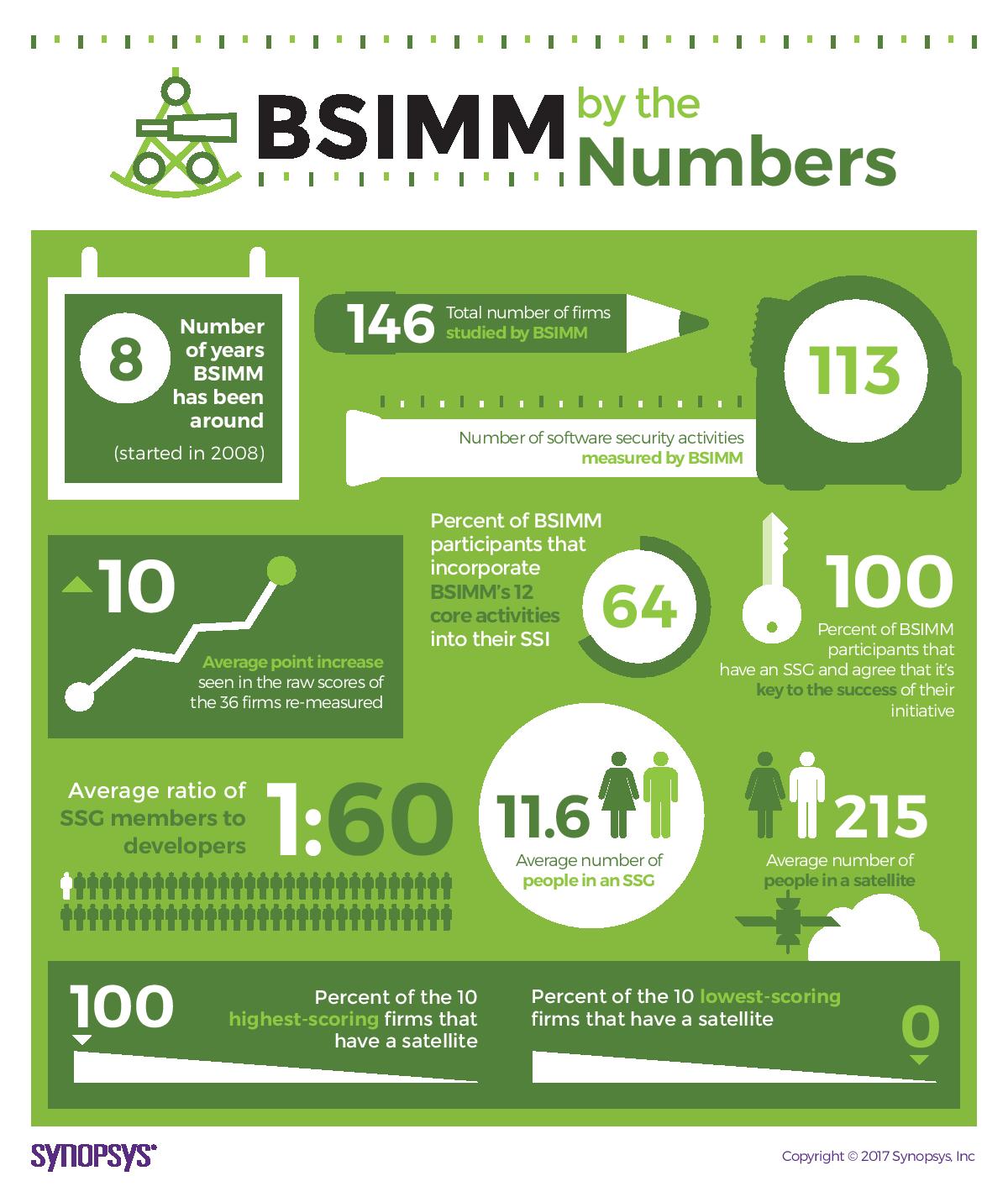