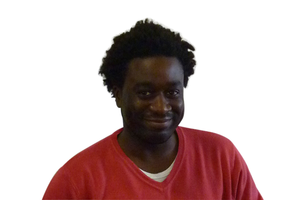 uSwitch, the UK comparison site for mobile contracts, handsets and deals, recently conducted research with its panel of thousands of consumers and combined this with aggregated insight from millions of monthly visits to the comparison site. The research reveals new impetus in the UK mobile market, writes Ernest Doku, a technology expert at uSwitch.

On the face of it the UK mobile handset market, much like most of Europe, is a duopoly of Apple and Samsung but scratching beneath the surface reveals a significant increase in consumer choice across handsets and operators alike, many of whom are bringing something genuinely new and attractive to the table.

uSwitch compares thousands of pay monthly and SIM only mobile deals as well as providing detailed handset reviews, guides and market insights for engaged and uninitiated consumers. Aggregated data from millions of consumers per month looking for the right phone deal provides a unique perspective on the market.

uSwitch also carries out extensive customer research, which provides both a quantitative and qualitative view on people’s attitudes to mobile. This gives insight into the marketplace: identifying both the handset functions that mean most to consumers and the kind of tariff bundles that generate the most interest.

New opportunities for MVNOs
SIM only deals are increasingly attractive to consumers, but the growth of this market and the extent of the consumer hunger for these deals is gaining further momentum.

Our latest research shows that 15% of contract customers plan to change to a SIM only deal at the end of their current mobile contract, adding to the 30% of the market already signed up to SIM only. SIM only is particularly popular amongst the adult population that does not have children living at home – either pre-kids, no kids or empty nesters. The overwhelming majority – three quarters – of customers continue to opt for 30-day SIMs over 12-month deals, despite having little inclination to leave their current provider.

SIM only is also of significant interest to the retired population. Unsurprisingly, contracts subsidising a phone are popular with the 18-34 demographic that are either more focussed on owning the latest handset, or do not have the disposable income to purchase their handset of choice outright.

Data driving everything
The available data allowance was the single most important factor for consumers when considering a new mobile deal, outside of the overall monthly cost. Data ranks higher in people’s considerations than the handset available with a contract, upfront cost and even network reliability.

The change in smartphone users’ priorities is also reflected in real consumer data coming from the uSwitch website, which found data to be the most popular criteria for search. On average, 17% of all uSwitch searches in H1 2017 utilised the data filter functionality, whereas an average of just 8% used the call bundle filter and 6% filtered by texts.

Our consumer data also shows that there are significant data ‘sweet spots’ that networks need to deliver at certain price points to drive incremental volume. These points of value provide opportunities for mobile virtual network operators (MVNOs) to gain traction by teaming a keen price point with the right amount of data. Significant data sweet spots were identified at both the lower end of data bundles – less than 1GB per month – and at the high end – 8GB per month to unlimited.

Handset choices
uSwitch research into consumer habits suggests that the following factors are the most important when purchasing a handset.

Listed in order of most-to-least important, these are:

The importance of battery life – an issue that mobile handset manufacturers have struggled to address effectively to date – may offer an opportunity for challenger brands if they can deliver a step change in battery performance. This inclusion of security as a consideration for the first time – one in four consumers believed it was important – also indicates consumer awareness of issues outside of the traditional ‘camera, screen, design’.

New challenger brands
The popularity of SIM-only combined with a focus on price in the handset market may explain how new brands such as OnePlus are looking to carve a niche in the market. Consumers are showing an increased desire to self-select the SIM only deal that suits them best with a handset of choice, largely driven by cost. This could threaten the dominance of the traditional operator model of 24-month contracts largely sold in store.

With a significant part of the handset market now accessible without the cost of being ranged in high street stores, competitor brands can offer premium specification handsets at a highly competitive cost.

The future?
The research from uSwitch suggests that SIM-only has effectively taken the place of prepaid in the market, but it has the potential to grow and become larger than the traditional 12 or 24 month contract market. This could threaten the future of the 2,500 or so mobile retail stores in the UK and offer new opportunities for niche handset manufacturers to chip away at the market share of the two dominant handset brands.

It also appears that the growth of MVNOs, which now account for around 15% of the market, combined with the growth of the SIM only market could threaten the traditional network operators. According to the uSwitch research consumers struggle to differentiate the networks, which must concern the operators. UK service providers may look to networks like Elisa Telecom in Finland where tariffs are tiered by speed, enabling consumers to easily opt for superfast internet on their mobile. This approach has seen a commensurate drop in the rate of fixed line broadband usage, due to great 4G coverage, fast speeds and compelling pricing.

On the face of it the UK mobile market is a straight shoot-out between iOS and Android devices and Samsung and Apple brands. Beneath the surface consumer choice is widening, with more flexible operator tariffs available and a wider choice of handsets. Consumers are less inclined to commit to long term tariffs linked to the latest handset and instead pick the right choice for them, based primarily on price considerations and driven by an increasing demand for the right level of data.