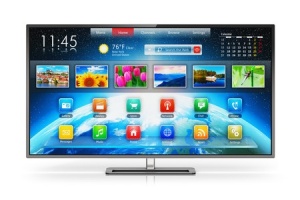 Subscription Video on Demand (SVoD) is maintaining its momentum, with Netflix and Amazon continuing to lead the charge in the first half of 2017, despite increased maturity. This is according to the latest biannual ‘Living With Digital’ consumer research report from Futuresource Consulting covering the USA, Canada, UK, Germany, France, Italy, Spain, Australia and Japan.

Netflix remains the key driver in most markets, but where it is becoming well established, the ‘Living with Digital’ research indicates that future growth will be increasingly driven by older age groups buying into the service. In the UK – the leading international market outside the USA for Netflix – over 60% of 16-35 year olds use Netflix, only marginally behind Pay-TV uptake. However, just 25% over 35 year olds use Netflix – providing the biggest opportunity for future growth.

In France, returning subscribers have helped boost Netflix’s performance in the first six months of the year, while the service’s premium plan uptake has increased in most markets, with 27% of subscribers taking this option in Germany.

Its main SVoD rival in a number of key markets, Amazon, has also posted a strong performance so far in 2017 for its overall Prime service. Two-thirds of US respondents now use Prime, with the figure approaching 50% in Germany. In France, the launch of Prime Video at the end of 2016 has helped the overall Prime service reach almost one-quarter of households.

Netflix’s momentum is undoubtedly being driven by the increasing importance to viewers of its Original TV shows in all countries, with the research highlighting particular increases in the USA, Italy and Spain.  This increase has also seen Netflix widen the gap in terms of the importance of original content compared to Amazon Prime Video (in the countries where Prime Video is established).

The survey also highlights that smart TVs are the most important form of hardware for accessing Netflix, with respondents more often stating that their smart TV is the first platform they go to watch Netflix. In the US, 39% of Netflix users said a smart TV is their most used access device, with a further 10% using it as an auxiliary device to top up watching from other devices (e.g. smartphone, tablet, PC). A similar trend is seen across Amazon Prime Video users in the countries where it is established, whilst iTunes Video users are primarily reliant on Apple TV boxes for big screen viewing.

The full report provides a snapshot of the detailed shifts in consumers’ entertainment content consumption, service usage, device ownership and interaction outlined in the twice-yearly consumer research programme across a total of 14 countries. Now in its eighth consecutive year, Living with Digital collects, synthesises and analyses the responses of how the entertainment consumption of 2,000 consumers per country are evolving.

It includes monitoring of uptake of Pay-TV and transactional digital video services. Each wave of research incorporates a comprehensive set of benchmark questions used to gauge the evolution of consumer’s trends and habits.

Other topics include: Awareness/usage of download functionality on Netflix/Amazon Prime Video, attitudes to Electronic Sell Through and what could increase uptake, Digital movie gifting, Reasons for cancelling pay packages, Virtual Reality awareness and usage, usage of voice controlled speakers and home assistants.