Connecting Africa – from the Serengeti to the Sahara 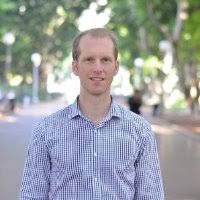 Africa is the market on the lips of the global telecoms industry, writes Nathan Sawicki, the global head of marketing for communications at Cyient. PWC has summarised the situation perfectly, “One region of the world stands out as a vast opportunity for untapped growth: Africa…. [It] is now at the inflection point where high potential starts to turn into high growth.”

In spite of political unrest and weak economic growth in the past, smartphone ownership is increasing at breakneck speed and consumers are using more mobile applications than ever before. This demand for new mobile services is matched by the potential of the region, as the lack of aging, legacy infrastructure removes barriers to adoption. As a result, telecoms companies are taking full advantage, using new technologies to provide innovative solutions to everyday problems.

The potential of the smartphone generation for telecoms

The second largest continent in the world, Africa has a predominantly young and dynamic population. The median age in sub-Saharan Africa is under 19 and there are more people under the age of 20 here than anywhere else on earth. But it’s not just a young population; the number of people on the continent is projected to double by 2050, reaching two billion. From a telecoms perspective, this can only be good news.

This age group has a huge appetite for mobile technology, with more than two thirds of people across the continent saying they already own a mobile, and that figure is growing. Ghana for instance, went from 8% mobile phone ownership in 2002 to 83% in 2015. As the continent begins to play a greater role on the wider global economic stage, this connected younger generation are crucial to its success. Global mobile data will increase sevenfold from 2016 to 2021 and mobile internet usage could make up 10% of Africa’s economy by 2025 – that translates to US$300 billion in GDP. As basic smartphones dip below what McKinsey refers to as the “tipping point” of US$100 per unit, we could see another 300 million new smartphones in the hands of the African population in less than a decade.

Leap-frog fixed lines
It’s not just the continent’s population that presents such a good opportunity for the African telecoms industry, but also, its relative lack of installed infrastructure in both communications and banking.

While other continents are still working out how to manage legacy cables, phone lines and now-obsolete technology from previous generations, Africa has avoided fixed lines for the most part. This absence of pre-installed and outdated infrastructure has allowed providers to essentially leap-frog the fixed line development phase altogether. Operators have gone straight into satellite and wireless technology and are able to deliver this quickly and cheaply; making access universal across the continent.

In some African countries, significant infrastructure investment, such as mobile broadband and fibre-optic cable connections to households, is further accelerating the advancement of the continent’s mobile technology. Combining this with the widespread availability and demand for low-cost smartphones and tablets has enabled millions of Africans to be connected.

From smart agriculture to mobile transactions
On top of being one of the world’s most dynamic telecoms growth markets, Africa is also one of the most innovative. The ease of access, high demand, and lower technological and infrastructure costs (due to economies of scale) all provide strong conditions to foster entrepreneurialism.

Often seen as a global testing lab, the African telecoms market is now leading the way in developing mobile applications across a number of sectors, particularly payments, commerce, health and education. By harnessing these digital techniques, telecoms operators are finding new ways to solve daily struggles on the continent.

For example, in industries such as agriculture and fishing, Africa’s applied technology innovations are enabling farmers to communicate with each other and the markets. People can access accurate information on everything from weather, crop selection and pest control to management and finance. What’s more, authorities are using technological developments to prevent illegal fishing. Applications like Dialog trade net enable farmers and produce vendors to check the spot prices of agricultural goods via mobile phone, increasing efficiency and productivity and reducing the likelihood of exploitation.

In banking, M-PESA is a mobile-based money transfer service that has become widely popular in Africa – six billion transactions were completed last year alone. It is used by many individuals who may not have access to their own bank account but who want to trade money in the formal economy. Connectivity doesn’t just reduce the transaction cost, but brings financial services to those people who live even in the most remote parts of this vast continent. With this technology in place, more than 60% of Africans could have access to banking services by 2025.

With the meteoric pick-up of smartphone technology, the African population is becoming increasingly more sophisticated in its use of mobile applications. Locally relevant content, video-on-demand, and m-learning are high on consumer wish lists and are expected to further boost competition for operators in this booming marketplace for years to come.