A Week in Telco IT: TalkTalk wants to stop talktalking, but software vendors are bursting to tell more … soon

According to the UK’s Financial Times today, the quad-play provider TalkTalk wants to exit the retail mobile communications business, and focus on a new wholesale partnership. Details of the new partner have yet to be confirmed but one possible partner is said to be Telefonica‘s O2 network.

TalkTalk is also expected to concentrate on building its broadband internet services, a UK service sector that has significantly under-performed some overseas counterparts.

(Also see: UK quad play operator TalkTalk trips up in response to being hit by ‘sustained’ cyber attack on 4m users, and TalkTalking to a brick wall: Telco ranked worst for customer service in UK research.)

Mobile virtual network operator (MVNO) TalkTalk wants to sell contracts for the unnamed partner, the FT reports. The markets viewed this as a way of cutting both its fixed costs and its risks, and TalkTalk shares (OTCPK:TKTCY) rose 1.3% in London trading on Monday, closing at GBp203.10.


TalkTalk has an MVNO agreement with O2, with which it has worked for three years since leaving Vodafone‘s UK network. Its mobile service was launched in 2010.

We’d love to tell you, but we’d have to shoot you


Just received a call from someone close to a well-known communications software vendor. Apparently, we can expect not one but three significant announcements at MWC Americas next week. One relates to a new technology partnership for mobile operators with a tech giant, the second is some interesting research (trust me, I’m a journalist) about business and consumer perceptions of Artificial Intelligence (AI), and the third is the launch of a new service development platform.

I’ve probably said more than I’m allowed already. As soon as the embargo lifts you’ll read it here, just as the doors open at San Francisco’s Moscone Center (September 12-14, 2017). MWCA is expected by some insiders to attract more than 30,000 visitors — if that’s so, it will already be at least as big as the GSMA‘s MWC Shanghai.

In a blog last week, Kevin Hutchins, SVP, Strategy and Product Line Management at Juniper Networks revealed that his company has agreed to acquire Cyphort, a security software company providing mid- and large-size enterprise customers with security analytics for advanced threat defence. The purchase – for an undisclosed sum, but said by financial analysts to be “not a material amount” as Juniper has not changed its financial guidance – is being made, “in order to advance security and provide customers with an industry-leading ATP platform to bolster their overall security posture,” he says. 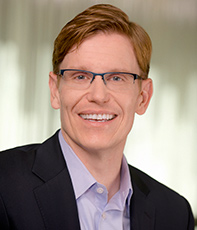 The deal was announced by Kevin Hutchins of Juniper Networks

Cyphort’s solution is built with an open architecture that integrates with existing security tools to discover and contain the threats that bypass the first line of security defence. This is reportedly accomplished through machine learning and behavioural analytics.