InterDigital Inc., a mobile technology research and development company, has announced the success of what is said to be the world’s first Mobile Edge Computing (MEC) trial based on new IP networking technology expected to form part of the 5G network architecture.

The three-week, real-world joint trial with Bristol is Open and CTVC Ltd. showcases InterDigital’s Flexible-IP services (FLIPS) solution and demonstrates significant performance improvements that are crucial for the success of MEC services.

The demonstrated FLIPS technology will improve on experienced latency for such MEC services, while reducing the overall network utilisation when accessing such services. This trial is part of the approved ETSI MEC Proof-of-Concept with an earlier demonstration given at MWC 2016 and ETSI MEC World Congress.

Designed as an internet-enabled treasure hunt in the central part of Bristol, the trial was open to anyone with an Android device with interest in testing new technology. Participants worked in teams to uncover hidden treasures in the city and were required to solve riddles related to their location.

The video delivery, as part of the game’s riddle solving, experienced video latency reductions from several tens of milliseconds to link local latency of several milliseconds. In addition, the replication applied for video distribution proved six times more efficient than standard IP technology. The successful trial is realised as a pure software solution over standard computing hardware and commercial SDN-based switches without requiring a fully-fledged IP network in place. 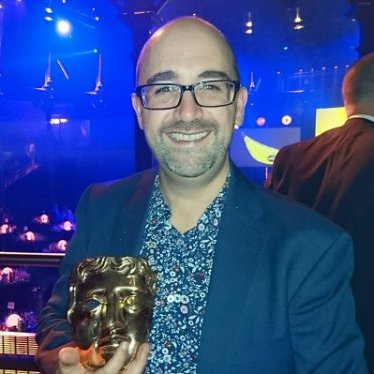 “Latency reduction, higher bandwidth utilisation, and the ability to deploy such services very close to end users rather than in some distant cloud are crucial to the success of MEC services,” said Dirk Trossen, senior principal engineer, InterDigital. “This trial showcases the solutions, developed under the leadership of InterDigital, that can deliver those performance improvements under realistic conditions and with real users fulfilling the highest criteria of trials in the 5G world.”

“Deploying services so close to end users is crucial to enable new services at the network edge but even more important is doing so without the need for deploying own infrastructure in operators’ networks”, said Stuart Porter, CTVC, who commissioned the trial application being showcased.