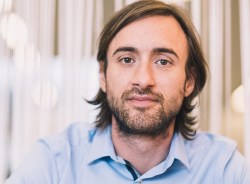 Most consumers still opt for call centres when it comes to solving problems with their broadband, according to new research by The BIO Agency.

It emerged that 61% of people chose to contact their broadband service provider by telephone, with web chat the next most popular option (20%). Social media was the least popular method of contact, with only a minuscule 2% of people choosing to use this channel if they encountered problems with their service.

The BIO Agency analysed data from 304 people in Ireland and found that the vast majority (38%) chose their broadband provider on the basis of cost, while less than a quarter (24%) made their choice based on the speed of the broadband provided.

Despite the old IT cliche of ‘turning it off and on again’, most people surveyed (46%) said they would contact the call centre in the first instance if they had a problem with their broadband, with only 20% saying they would try turning their router off and on again themselves.

BIO creates transformative digital touchpoints underpinned by technology that changes the way customers engage and buy from today’s organisations. It considers every digital touchpoint – whether it be mobile, tablet, desktop or in-store experiences to create companies fit the for the future. Acquired by Tech Mahindra in 2016, BIO is headquartered in London and has an office in New York.

Peter Veash, CEO at The BIO Agency, said: “Although call centres are still the preferred contact method of choice for consumers when they’ve got a problem with their broadband, our survey also reveals that call centre waiting times are still a huge pain point, with one in three consumers citing this as the most frustrating aspect of contacting their provider. Other call centre bugbears included customers being transferred over and over again (14%) and having to repeat their story to various different operatives (17%), while automated call systems were also considered a nuisance (11%).

“Broadband providers should be investing in making it effortless for their customers to contact them via any channel – including social media, web chat and consumer portals and apps – in order to make the experience of getting in touch as painless as possible.”