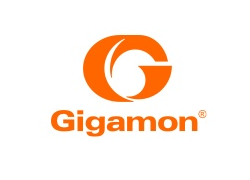 Gigamon Inc, an industry provider of traffic visibility solutions, has released the results of a commissioned survey, “Hide and Seek: Cybersecurity and the Cloud,” conducted by Vanson Bourne, an independent market research company.

The results of this survey demonstrate that lack of visibility is leaving organisations struggling to identify network data and investigate suspicious network activity tied to malicious attacks. 61% of respondents cited network “blind spots” as a major obstacle to effective data protection while 41% of those, who do not have complete visibility of their network, reported that they lacked sufficient information to identify threats.

Network blind spots go hand-in-hand with the lack of readiness for GDPR. 67% of respondents agree that lack of visibility over data makes GDPR difficult. 58% report they do not have a robust GDPR strategy in place with U.K. respondents stating that they have dedicated 20% of their IT budget, on average, for GDPR. The lack of GDPR readiness may be a cause for concern as the regulations come into effect May 2018 with heavy fines issued for non-compliance.

“Today’s attackers have the advantage as cybercrime is a thriving economy and attacks are focused on infiltrating the network and stealing important company information,” said Ananda Rajagopal, vice president of products at Gigamon.

“More worrisome is how this will impact U.K. organisations’ ability to comply with GDPR requirements. It is imperative for enterprises to adopt a visibility platform that provides visibility and control of their network traffic, and one that’s integrated with their security tools to accelerate threat detection and improve efficiencies.”

The independent survey was commissioned by Gigamon and administered by Vanson Bourne in May 2017. Respondents consisted of 500 IT and security decision-makers of organisations with over 1,000 employees. The regional representation of respondents includes 200 respondents in the U.S. and 100 respondents each in the U.K., France and Germany.