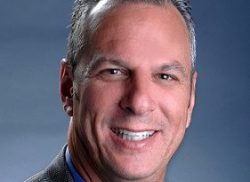 Commenting on the news, Steve Brumer, partner at 151 Advisors – a global advisory and execution firm specialising in mobility, IoT, smart cities, security, and cloud-based technologies – tells Jeremy Cowan: “Regulation is often good for business because it will force government agencies to spend money (via IoT security companies in this case) and it propels the adoption for needed solutions, with or without standards. Most companies and agencies do not want to allot a budget to security because security does not generate revenue. Spending on security is purely reactive.

“No one would have spent any budget on security without Target, Sony and the many other security breaches,” Brumer continues. “The largest threat to security are known security flaws since most hackers exploit security flaws that have been sent patches, but consumers and companies have not downloaded. It is a numbers game and WannaCry shows that there are a ton of devices that have not been updated with the necessary patches.”

He believes that Government funding will provide security companies with the revenue they need to expand and develop tools that will be less expensive for companies in the next couple years. But without addressing the need for worldwide standards in IoT, this will be a ‘band-aid’ reactionary model.

He says yes, but with one caveat: “The newly-approved government security regulations will lead to the private sector understanding that (it) is now a federal concern and will force standards to be invoked, resulting in better IoT security capabilities.”

Security is the ‘most immediate’ IoT problem 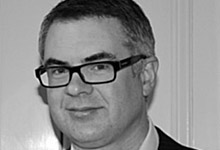 Mike Bell, EVP Devices & IoT at Canonical adds: “This is an important step in ensuring better security standards for devices. Nearly half of IoT professionals (45%) surveyed by Canonical highlighted better device security as their most immediate IoT challenge, and the ability to patch devices remotely is crucial in ensuring security holes can be filled quickly, safely and painlessly.

“That’s why Canonical has invested in ensuring that our IoT operating system, Ubuntu Core, has built-in remote patching capabilities. And, with the U.S. government’s IoT spending already reaching nearly $9 billion in 2015, any new standards set by Congress will be sure to impact enterprise and consumer vendors,” says Bell.

In addition to this Knud Lasse Lueth, managing director at IoT Analytics GmbH tells Vanilla Plus, “Government legislation, such as this Bill, can be a driving factor for improving IoT security. Our recent research suggests that there are at least 150 IoT security vendors on the market that may directly benefit from this bill.

Right now, overall security spending for IoT projects is in the single digit percentage range of the total project costs, often below 1%. However, given the severe implications of a breach, it probably should be higher. And there should be an increased focus on aspects such as patch management, especially after the recent Mirai and WannaCry attacks on IoT devices.”