Has the Net Promoter Score outlived its usefulness? 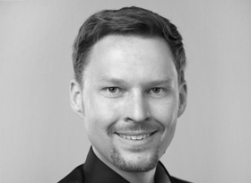 Delivering good customer experience (CEX), at levels equal or higher to that of other industries, has long been a struggle for telecoms service providers. Operators understand how important it is to successfully measure customer satisfaction, yet few manage it.

Instead, many continue to rely on Net Promoter Score (NPS) as their favoured method of measuring customer loyalty and satisfaction, says Janne Ohtonen, director of CEM, Openet.

But with more opportunities to use customer data in different ways to measure CEX presenting themselves, NPS could soon become a small part of a larger puzzle in telco’s CEX journey. So with operators facing mounting pressure to differentiate themselves from other telcos, over-the-top (OTT) providers, and newcomers through CEX, is it time for an NPS rethink?

Introduced in 2003 by Frederick Reicheld, NPS was intended as a customer loyalty metric and alternative to traditional customer satisfaction research surveys. NPS responses are calculated based on answers to the single question “How likely is it that you would recommend [brand] to a friend or colleague?” Responses are scored on a 0-10 scale, whereby the lowest scorers are categorised as ‘detractors’ and the highest are ‘promoters’.

Three overarching reasons have seen telcos favour NPS over other metrics. First, operators have come to use it to acquire new customers, as NPS has grown into one of the most widely known and used customer acquisition metric. The logic is simple: the higher the operator’s NPS, the easier it is for them to attract new customers through recommendations.

Second, NPS has become a tool used by operators for customer retention. From NPS surveys, operators are able to find out which subscribers are giving out low scores, and why. This gives them the opportunity to solve issues experienced by the customer and thus, form a better relationship as a result.

Third, unlike other more complicated customer loyalty and satisfaction metrics and surveys, NPS is relatively easy to implement into company KPIs. It is widely understood by senior leadership, and therefore unlikely to be met with hostility or resistance.

Despite NPS’ benefits, its incorrect use as a catch-all measurement of customer experience means that it also comes with several cons. With telcos relying heavily upon NPS as their favoured customer metric, they have come to make incorrect claims about what it can truly measure. This is due to operators not understanding the NPS score itself and the insight that can be drawn from its results. For example, operators typically equate a positive NPS with low churn rate but while a customer may recommend a business, this does not necessarily imply stickiness.

Another drawback of NPS is its lack of context-specific insight and recommendations. The feedback generated from NPS surveys is often generic and unrepresentative of variables such as time, location or past relationship with the operator. As a result, if an individual is prompted for feedback at a time when he or she is frustrated with the operator, this will be reflected in the NPS response. Similarly, a positive experience with the operator will also have an exaggerated impact on the NPS.

In addition to this, NPS surveys rarely provide a holistic view of a telco’s customer base, in that they are only representative of two types of customers: those highly satisfied with their experience and likely to be a ‘promoter’ and those extremely dissatisfied, the ‘detractors’. NPS doesn’t provide a balanced view, or middle ground. NPS only works for telcos hoping to solve more general issues, and the problems affecting customers on a more individual scale are more difficult to identify using the NPS metric.

Telcos will also find NPS unfit for purpose when it comes to benchmarking their services against that of competitors. Despite NPS being widely used, there is no standard benchmark for it, as a result every company uses differing questions, scales and settings to measure NPS. This means that no telco can truly compare itself against another and realistically assess how well it is performing against the competition.

The need to improve the way customer experience is approached is well known by operators, but NPS is not the only way to do it. Indeed, if change is to come, they must look at different ways of obtaining customer feedback to improve CEX.

Telcos must focus on getting closer to their customer by understanding how emotions work. By asking open-ended questions, for example, to which responses evoke positive or negative feelings – e.g. “How does your operator make you feel?” – telcos will stand a greater chance of understanding the kind of sentiment and feelings the customer holds towards their brand.

In doing this, operators will also be able to understand whether customers view their brand as trustworthy and the level of loyalty they feel towards it. Operators should harness text analytics and Artificial Intelligence(AI) tools available today to ask these open-ended questions.

But it doesn’t stop there. Despite NPS having been favoured by operators, other metrics also exists which can significantly boost CEX. One example is the Customer Effort Score (CES) which can be combined with NPS surveys. It measures the effort behind transactional activity through easy questions answered on a “Strongly Disagree”/”Strongly Agree” ranking. The logic is easy: if an individual spends less time on an interaction, the more likely he or she will be happy with the customer experience they will have received.

However, it’s important that operators do not just stop at metrics but go beyond this, towards the data produced. Operators should analyse the feedback and ask questions based on this to improve on existing processes. But this should only be the beginning of the CEX journey. If telcos are to become data rich as well as insight rich, they must act on the knowledge they possess to improve their subscribers’ experience.

The opportunity for operators to increase stickiness is huge – we need telcos more than ever before, and that’s only going to increase as we become more reliant on telecom and data services. But as individuals, we’re also becoming less willing to accept poor CEX, and with telcos often crowned the poor CEX kings, it’s about time they get their affairs in order.

NPS has worked but the cracks are beginning to show, it’s now time for operators to broaden their horizons. A large part of this will involve looking at different ways of measuring customer satisfaction and loyalty and harness the data which these produce.

The author of this blog is Dr Janne Ohtonen, director of Customer Experience Management, Openet