SMS: Our rescue or our ruin? 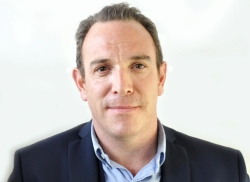 When SMS became commercially available in 1999 the prevailing atmosphere wasn’t one of elation as you might have expected, but trepidation, says Matthew Winters, CEO of Veoo.

Much like today, many individuals railed against the technology’s supposedly harmful effects, citing the damage it might wreak upon thousands of years of human communication; their concerns weren’t so far-fetched either, recent studies reveal that nowadays most teenagers use texting as their main method of sustaining and invigorating their social relationships.

Others however aren’t just scared of a decline in communication, but of its complete reversal. As texting has gained traction we’ve increased our inventiveness with it, resulting in fonts such as Emoji. Whilst some herald the two byte ideograms as the new height of communication, others see Emoji’s as society slowly back-pedalling towards hieroglyphs and symbols.

I would urge companies not to dismiss SMS as something that’s outdated and irrelevant, but rather to see it as a technology that is continuing to support, benefit and revitalise a businesses marketing strategy.

For those in mobile and telemedia SMS has long been a cornerstone of the industry. To everyone working in the business, SMS has been the backbone in initial carrier billing efforts, media interaction, voting and all sorts. According to recent research 37.2 million consumers have opted to use SMS and mobile communications as their preferred choice for receiving notifications from businesses. This number is predicted to rise to 48.7 million in 2020, making SMS the fastest growing marketing channel in the UK.

The growing influence of the medium is also highlighted by the fact that 98% of branded or business-related texts are opened by mobile users, with 90% being read within 3 minutes of receiving them. The report goes on to highlight that 23.5 million people will respond to a business text message in 2017 and that 7 billion texts will be sent this year alone.

So why is SMS such a brilliant tool?

It is because of its immediacy. An ignored email or lost letter, can easily be shrugged off as a colleague being too busy or Royal Mail being inefficient, but the speed and reliability of the SMS leaves no room for excuses. With SME you can deliver very timely and personalised messages. You only have to look at your own mobile and behavioural habits to understand the stark differences between SMS and email engagement.

So whether you are looking to acquire new customers or engage more with existing ones, nothing beats the direct and personal connectivity of SMS. From simple marketing campaigns to personalised customer service notifications or identification authentication, SMS provides a quick and easy way to add value and deliver a great experience.

Confusingly however, the positive aspects of SMS are still rarely publicised. Great examples of these include the story of British tourist Rebecca Fyfe, who upon becoming stranded on a sinking ship in the Lombok Strait whilst backpacking across Asia, sent an SMS message to her partner in Falmouth which saved both her own life and the lives of the other ten tourists and crew members aboard the vessel by sparking a coordinated search and rescue effort by the Falmouth Coastguard, Indonesian Authorities and Australian Coastguard.

More topically, during the last US election, Bernie Sanders’ use of bulk SMS messaging has been cited as one of the linchpins of his campaign, allowing him to rapidly amass record numbers of the under-thirty voter demographic and maintain their enthusiasm and support. Sanders’ campaign went further however with his adoption of mobile payments, allowing him to amass not just political, but financial support also.

With an average donation of $27 per supporter, Sanders was able to use mobile payment services to accrue at one point almost $2 million in just one week, allowing him to elevate his grass roots campaign to the next level. We can only imagine how a business effectively using the same technology could drastically transform both its outreach and prospects.

The latest research however, reveals that only 50% of businesses are using SMS as part of their marketing strategy and the other 50% are still struggling to optimise the effectiveness of this dynamic direct marketing channel – and therein lies the opportunity – for the 50% who haven’t looked to SMS to do marketing and the 50% who have, but don’t exploit its full potential.

Sending out SMS marketing messages to consumers is a fantastic, largely underused and often misunderstood method of communication. Real opportunities lie in making each SMS count: making sure it turns up with content that the consumer wants to act on, a message that kills several birds with one stone, messages that enhance the overall brand experience for the consumer.

Whilst SMS can be unfairly represented in the press and people’s considerations, whether it’s use of mobile payments to fund change, bulk SMS to save lives or incite activism or the simple text message that keeps you connected on a daily basis; SMS is exceptionally relevant for marketers, constantly evolving and could make the difference between a campaign’s success or failure.

The author of this blog is Matthew Winters, CEO of Veoo