With the proliferation of data breaches, advanced threats resulting in stolen user credentials, there is increasing pressure on companies of all sizes around the world to implement better authentication practices. In 2015 alone, cybercrime cost businesses $500 billion, and this is estimated to rise four times to $2 trillion in 2019. At the same time, companies want to minimise the friction that universal two-factor authentication introduces to the user experience.

In response, Callsign developed a deep learning-based authentication platform called Intelligence Driven Authentication™ (IDA). It enables enterprises to select the most secure and least invasive authentication journey for each user in real-time, based on their risk profile and tendencies – in other words, it adapts the type of authentication to the situation virtually eliminating advanced threats such as spear phishing. The result is an experience that optimises for both security and usability – a win-win for the enterprise and the end user.

Callsign’s IDA platform uniquely derives the complete intelligence picture around authentication and authorisation events, giving enterprises the ability to set adaptive policies that pinpoint suspicious usage. While Callsign can be deployed with out-of-the box mobile authenticators, it is a very open and flexible platform to which enterprises can easily plug-in existing authenticators or data sources. Callsign has also integrated with several Identity and Access Management providers, like ForgeRock, to provide a truly end-to-end solution.

Callsign was founded in 2012. Its clients are enterprises, financial institutions and consumer-facing digital services and include some of the world’s largest banks, such as Lloyds Bank and Deutsche Bank. It’s being deployed to hundreds of thousands of users globally.

Zia Hayat, founder & CEO of Callsign, said: “Several years ago, I realised that the way we identify ourselves online was very broken. I knew we needed to make existing solutions like multi-factor authentication and fraud analytics better by bringing them together. Our IDA platform has had an incredible reception from financial institutions, governments and other large enterprises, and this investment will allow us to grow the business and meet some of the strong demand we’re seeing.” 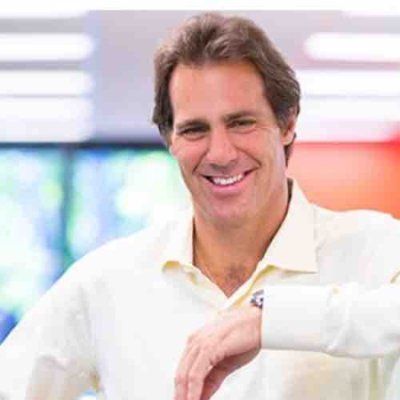 DeWalt said: “Zia and his exceptional product and engineering team have built the foundations of a very solid business. They are pioneering a new approach to authentication with a powerful product that is quickly attracting some of the world’s leading businesses as customers. As the company rolls out its solution, it’s an exciting time to be joining the board.”

The new investment will help accelerate the growth of the company. Callsign will be expanding globally from its headquarters in London, with a particular focus on the US and Far East, and is planning to open offices in both the Bay Area and New York City in the next few months. Callsign will be building out its engineering and commercial teams as well, including sales, marketing and business development roles.

Harry Nelis, partner at Accel, will also join the board. Nelis said: “With the rise in cybercrime, businesses have been stuck between a rock and a hard place, having to choose security solutions that either offer a poor user experience or not enough protection. With Callsign, they don’t have to compromise. IDA is an evolutionary step in authentication, and Callsign is leading the industry forward.”

Bob Ackerman from Allegis Capital and Dave Fields from PTB Ventures are also joining the Callsign board of directors.