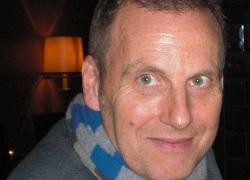 Hastened by the march towards virtualisation, there has been a growing dialogue in recent months around the question of orchestration and in which domain it will ultimately sit. Questions like “will orchestration be encompassed within OSS?” abound.

Or “will it evolve to encompass OSS itself?” (the opposite outcome). And from our perspective, “does mediation (read, data integration and management) have a role to play in the discharge of the orchestration function, wherever it sits?” We would contend that although mediation and orchestration are entirely separate functions, they are to some extent linked, as the former can contribute to the greater performance of the latter.

To state simply the nature of an OSS (a domain encompassing the management of a variety of elements and applications), its purpose is generally to be the system of record regarding the state of the network. It’s via the OSS that the components within the network are managed, updated, and provisioned. At least that’s the theory. The practice is sometimes a little different and, as a result of actions taken outside the OSS, that may not be visible to it but that’s another story, says Keith Brody, director of Global Marketing at DigitalRoute.

To cut things reasonably short it’s worth focussing on two realities. First, while we like to think of and talk about “an OSS” as if it were a single, self-contained entity this is far from the truth.

The majority of carriers today have complex OSS’s comprised of multiple systems for singular functions (for instance, few if any carriers have “an” inventory management system-most have a lot of them!); as a result, the data plane within the OSS becomes a central and critical issue for both the maintenance and performance of the overall system. And second, the same data plane also plays an important role in orchestration, whether that occurs inside or outside the OSS itself.

Unlike OSS, which is “expansive” in the sense that it is multi-faceted, orchestration has a somewhat narrower focus. It is concerned with the management of resources, an issue that has become more critical with the rise of virtualisation where demand and capacity constantly and quickly need to be matched and the number of resources in play is increasing rapidly. With the expansion of software-based telco infrastructure we are experiencing today, demand for a standalone, fast-acting orchestration layer that performs more efficiently than traditional OSS has risen in importance.

As we noted at the start of this blog, there is an ongoing debate (which we’re not going to get into here) about whether OSS should encompass orchestration or the reverse or, indeed, whether things should continue as they are now.

For the record, it will come as no surprise that OSS vendors take the former view; orchestration companies the latter. What we’re interested in, and what is beyond dispute, is that wherever the orchestration function sits, mediation (data integration and management), and in particular OSS Mediation, has a key role to play in ensuring its effectiveness.

In the end, wherever it sits, orchestration’s function is to deal with the element management of a particular group of assets. This might include tasks like monitoring the health of the switch, proactively monitoring unit performance, driving corrective actions where appropriate, network monitoring and analysis, VM management, collection of activity statistics, congestion and performance resolution, and more.

All of these functions can be more effectively discharged in tandem with, and sometimes even offloaded to, OSS Mediation. The orchestration plane is to at least some extent reliant on the data plane that informs it.

Think of it this way: A system might detect congestion when a subscriber complains. The network team creates a trouble ticket, and closer inspection reveals packet loss on critical interfaces. The traditional solution is to mirror the problematic port to a packet capture device and hope the congestion problem repeats itself, thereby enabling remedial action to be taken.

With OSS Mediation the underlying issues aren’t removed but the speed and effectiveness with which problems can be addressed-sometimes directly within OSS Mediation itself-is significantly enhanced.