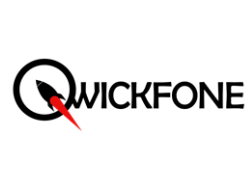 A new white paper by the entrepreneurs behind Qwickfone says that the widely held claim by the telecoms industry that 1 billion more people in Africa will be connected to the world via mobile phones by 2021 is a fallacy.

The Qwickfone white paper says that “not even 20 years have passed and mobile technology is already failing because the infrastructure that was supposed to support it is failing. No one worked out that what was really needed in Africa was a cheap, robust, and entirely self-sufficient network.”

The Qwickfone authors have identified five major obstacles to further growth of mobile in Africa:

Chris Godfrey, executive director of Qwickfone commented: “At Qwickfone we challenge the conventional thinking that African telecoms is still in its ascendancy. All the signs indicate that the incredible growth of mobile telephony in Africa has hit a wall. The boom is bust and peak mobile has been reached. Growth has been in decline for the past two years and is rapidly heading towards zero.

“The key issues holding back further expansion include; decaying local infrastructure and economies in many countries being at breaking point. A lack of efficient power supply and sufficient trade to allow hard currency purchases, and a shrinking spectrum making access to digital networks impossible. As the estimated population is set to double by 2050, there will only be further strain on a broken system.

“What Africa needs in order to reach the target of connecting 1 billion additional people to a mobile network is a cheap, robust, and entirely self-sufficient network. This is what Qwickfone can provide in areas which big telecoms deems too costly or difficult to reach. Over a five-year period, a Qwickfone network costs less than a cup of premium coffee a day to keep a whole village connected.

“This lack of connection to the world impacts health, wealth, education and democratic rights, resulting in persistent poverty – especially for women. This is completely unacceptable in 2017 which is why we developed Qwickfone: A low-cost, solar powered technology that forms a local network to connect the village to the world via satellite or long distance Wi-Fi, bringing cheap and easy phone access to anyone, anywhere.

“With Qwickfone, our goal is to install a mobile network in every unserved and disconnected community in the world, starting with trials in Kenya, DRC, Malawi and Zambia beginning in the final quarter of 2017.

To make this a truly viable solution for millions of unconnected people we will provide a free handset for everyone who wants access to the network. This should start to address basic human needs such as better access to healthcare, education and finance. Our dream is to make a difference to the lives of millions of people across the world by connecting them to each other.”

The white paper explains why after 20 years in the market place less than half of all Africans have a mobile phone and why data usage is so low despite cheap devices being available.

Reasons for non-expansion of mobile networks in Africa include:

As of March 2017, there were 6500 towers in the whole of Ghana. It costs $100,000 per hour just to keep them running (not including the base stations) during the perennial black-outs. According to online tracker, SalaryExplorer, this is the equivalent of 7,142 weeks of average Ghanaian wages burnt in just one hour. A massive waste of resources that is also environmentally unsound.

Need for renewable sources of electricity to power networks

As more and more rolling blackouts become the norm in African cities, mobile networks cannot be relied upon to function without interruption. With the cost of diesel power (used to power emergency generators) so prohibitively expensive, it is only now becoming clear that for a mobile phone system to reliably work in Africa, it must be independent of the national power grid and be powered by renewable sources of energy.

A typical African businessman or woman carries a portfolio of five or six SIM cards every day to allow them to patch together mobile networks while on the move. These are now the essential tools of business in Africa and they have caught the attention of Samsung – who now make a mobile phone that allows the user to switch SIM cards without opening the phone. But this is an ad-hoc solution to a problem that’s not going away anytime soon.

There is only one fully convertible currency in Africa and that is the South African Rand. This is problematic when you need to buy parts to fix your towers and no one wants your currency. When companies can’t buy they end up looting from towers in less developed and financially viable areas such a rural villages.

No one network adequately covers an entire city anywhere on the continent, nor do they spread beyond city limits. When a mobile phone subscriber travels to a secondary city, they almost certainly find inadequate mobile service when they get there, as none of the capital city networks they subscribe to may cover the secondary city (and vice versa).

This is because as far as the big telecoms companies are concerned, rural inhabitants are not potential customers. The afore-mentioned cost of towers and the low income of rural citizens makes it economically unviable to offer service.

The analogue spectrum needed to host mobile networks is already full as there is too much competition for frequency with radio and TV and other mobile networks. Only 6 nations in Africa (Malawi, Mauritius, Morocco, Mozambique, Rwanda and Tanzania), have made the switch to digital broadcasting.